How to Sell a TV Show to Netflix 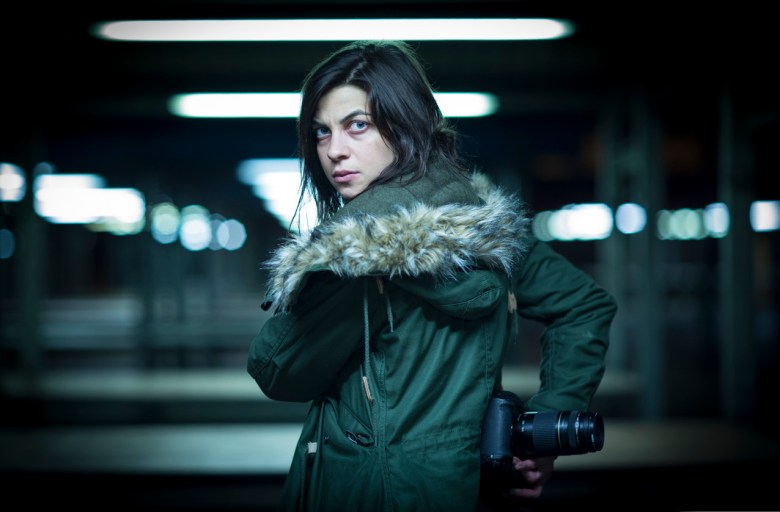 READ MORE: 7 New Netflix Shows to Binge Watch in April 2015 (And the Best Episodes of Each)

“Residue,” created by John Harrison, premiered yesterday on Netflix with three 45 minute-long episodes. The genre series, starring “Game of Thrones” notables Natalie Tena and Iwan Rheon, tracks the aftermath of a devastating explosion on the city of London and the government conspiracy that might be concealing the truth. (Netflix users might expect to see it as a recommended pick if they’ve watched a lot of “The X-Files” or other genre programming.)

Via both phone and email, Indiewire got a step-by-step breakdown of how “Residue’s” first season landed on the streaming giant, and what might happen next with the series.

Step 1: Think Up the Show

“Residue” began life as an idea in Harrison’s head. He then brought it to producer Charlotte Walls after a positive experience working with her on the horror film, “Clive Barker’s Book of Blood.”

“When [‘Book of Blood’] was finished and released, I went back to [Walls] and said, ‘Look, I have another idea that I really want to do and I’m bringing it to you first because I would love to work with you guys,'” he said.

And Harrison had a huge amount of material for the idea. “The thing I had envisioned was quite a long story. The movie that I was pitching them was essentially the beginning of the mythology, and with success we would have the opportunity to do more, so television sounded really exciting to me, given how it has evolved over the past several years — the novelization of television. Also, many of the networks are really getting creatively engaged with genre material, which was not always true in the early 2000s and going back.”

The actual story covered by the first three episodes of “Residue” is very different from Harrison’s initial plan. After optioning and developing the material, producer Charlotte Walls came to Harrison with the idea — and more importantly, the money — for a project that would function, in Harrison’s words, as “a proof-of-concept pilot.”

“Whenever somebody says they have money for production, you have to take it!” he said. According to Walls, “Residue” found its funding via International Pictures Four, Screen Yorkshire and Green Screen Studios.

Because some of the money came from the UK, Harrison didn’t direct — they had to make sure a certain percentage of the crew was British. “We hired a very young talented British director [Alex Garcia Lopez], who I had a great collaborative relationship with,” he said.

“[Lopez] is so key to the project, which carries his signature style. He was the hook for Iwan Rheon, who he worked with on ‘Misfits,'” Walls said.

“If we get to the next group and I’m able to write them all and get them written before we get to production,” Harrison said, “Then it would be easier for me to drop back into the director’s chair.”

How do you bring on board known players like Tena and Rheon? Harrison attributed that to the script, as well as its unconventional nature. “I think the combination of the material and the creative team attracted all the talent. I think everybody knew that we had great ambitions for this as well, so they wanted to get on board.”

Those ambitions included an unconventional approach to the production, which led to a the project becoming both a TV show and a film. “When we got it into post-production our distributor, Content Media, took a look at it and said, ‘Let’s… go straight to television,'” Harrison said. “So I wrote some additional scenes so we could pull, into these first three episodes, some of the bigger conspiracy themes. We shot those and re-edited them into the three hours that are now airing on Netflix.”

“‘Residue’ is quite pioneering in that it is truly multi-format,” Walls said. “We scripted, shot and cut the project as a movie, which was released theatrically in the UK on March 20, 2015 on a limited release. Whilst we were in post-production, we reviewed the material and decided to create the three-parter as well, which was then sold to Netflix in this format specifically.”

Step 4: Get the Show to Netflix

How did that happen? Well, when “Residue” was completed in its newfound form as a television show, distributor Content Media brought the show to the October 2014 MIPCON, a trade show held in Cannes that serves as a marketplace for international television. They also made sure that Netflix got a chance to see it in advance.

“That really began the sales pitch,” Harrison said. “We had a number of entities who were interested in it, but Netflix wanted to take it off the table.”

The show is now available for streaming in English-language territories; a global launch will roll out over the course of the year. In the meantime…

It’s really only the beginning of the story, according to Walls. “‘Residue’ Season 1 is really an extended pilot and should be thought of that way,” she said. “Netflix don’t necessarily do the Amazon-style pilot season. But ‘Residue’ is really more in that model where these first three chapters are live before the existence of a full season.”

Thus the plan is to work towards a 10-episode second season, and Netflix already has the exclusive option on it. Walls did clarify that because 10 episodes is a larger commitment, there would have to be adjustments. “Any full season would always be more traditional in its financing as the overall budget would be so much greater,” Walls said. “Netflix would be at the center of that finance plan from day one, hence the option.”

But independent financing has some advantages, and Harrison was happy with the experience: “It’s a terrific thing for someone like me, because creatively I’m answering to my partners as opposed having to deal with a normal network structure. We made this without any interference from studios or networks. We were with the studio! That, to me, was really great.”

“Residue” is now streaming on Netflix.

Note: This article has been updated after publication with additional quotes and clarifications.

This Article is related to: Television and tagged Netflix, Television, Toolkit