Greta Gerwig goes against Taika Waititi in this category. Updated 1/13/20. 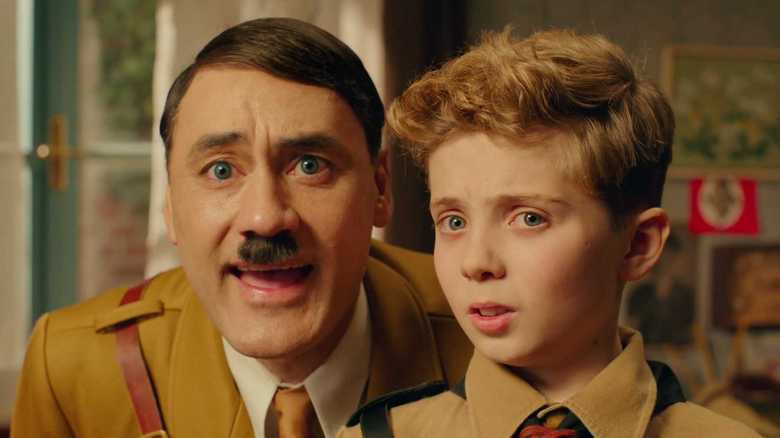 As always, the crowded Adapted Screenplay category ranges over source material from novels and plays to magazine articles. And late-inning eligibility changes can move some originals to adapted, and vice versa.

Among the scripts adapted from novels are Martin Scorsese’s sprawling gangster saga “The Irishman,” adapted by Oscar-winner Steve Zaillian (“Schindler’s List”) from Charles Brandt’s “I Heard You Paint Houses.” Robert De Niro stars as Sheeran. “The Irishman” marks Zaillian’s fifth Oscar nomination: he also shared a nod (with Jay Cocks and Kenneth Lonergan) for Scorsese’s “Gangs of New York,” and won the Oscar for “Schindler’s List.”

After improbably winning the Golden Lion in Venice, Todd Phillips’ controversial “Joker” wowed audiences but divided critics in Toronto before hitting big at the box office. Written by Phillips (who shared a 2004 writing nomination for “Borat: Cultural Learnings of America for Make Benefit Glorious Nation of Kazakhstan”) and Scott Silver (who shared a writing nomination for “The Fighter”), this DC origin myth profiles a painfully frail clown and aspiring standup comic (Joaquin Phoenix) who desperately seeks attention and eventually gains strength through acts of violence.

Never underestimate Anthony McCarten. He’s the Oscar whisperer: three Oscar-winners based on his scripts — “The Theory of Everything,” “Darkest Hour” and “Bohemian Rhapsody” — have nabbed a total of 16 Oscar nominations. Thus, it should not have been a shock when his latest played well at the fall festivals. “The Two Popes” is a two-hander he created from his unproduced play and pitched to Netflix, starring Jonathan Pryce as Pope Francis and Anthony Hopkins as Pope Benedict. Oscar-nominated Brazilian director Fernando Meirelles (“City of God” and “The Constant Gardener”) creates a riveting sparring match as the two men debate the future of the Catholic Church.

Oscar contenders are listed in alphabetical order below; no movie will be deemed a frontrunner until I have seen it.

“The Irishman”
“Joker”
“The Two Popes”

This Article is related to: Awards and tagged best adapted screenplay, Joker, Little Women, The Irishman, The Two Popes