After two weeks of public hearings, the House impeachment inquiry into President Donald J. Trump has entered its next phase. 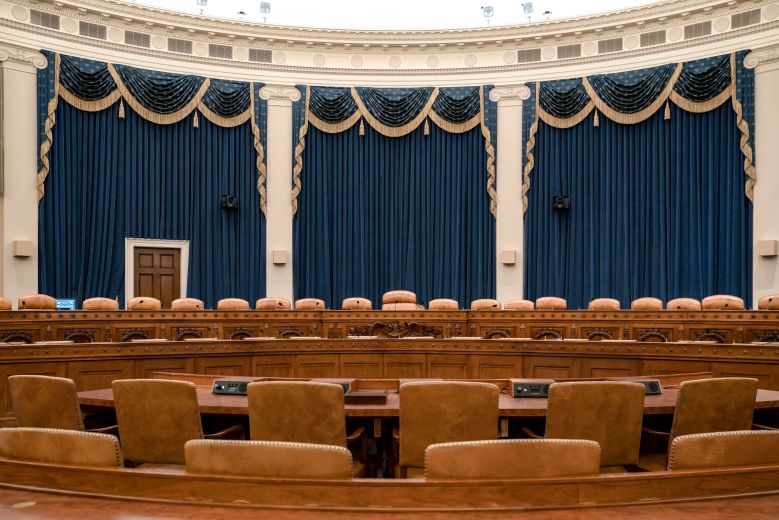 After months of investigations and public hearings, the House of Representatives impeachment inquiry into President Donald J. Trump has entered its next phase. Starting at 11 a.m. ET/8 a.m. PT, the House Rules Committee will debate how to proceed with a vote on the two articles of impeachment against Trump: abuse of power and obstruction of Congress. If the articles are passed, the Senate will then hold a trial to either convict or acquit Trump on those charges.

If the House of Representatives votes to impeach Trump, he will be the third president — after Andrew Johnson and Bill Clinton, as Richard Nixon resigned from office before he was formally impeached — in United States history to face potential removal from office.

How We Got Here: The Impeachment Story

Investigators for the House of Representatives looked into whether Trump abused his public office for private gain, specifically in his dealings with Ukraine. From attempting to pressure the Ukranian President Volodymyr Zelensky into investigating former Vice President Joe Biden (and his son Hunter) for corruption and asking Zelensky to investigate the conspiracy theory that it was Ukraine than interfered in the 2016 election — on behalf of Hillary Clinton’s campaign — to White House officials concealing records of phone correspondence on July 25 between Trump and Zelensky, a number of government officials already testified about these impeachable offenses to Congress behind closed doors.

The Testimony So Far

After over a month of investigation led by the Democrats, there were over a dozen closed-door depositions. 17 of the transcripts from those depositions have been released, with testimony from:

Earlier this month, the Judiciary Committee additionally heard from expert witnesses on the matter. As laid out by CNN at the time:

“The Judiciary Committee will hold a hearing on the ‘constitutional grounds for Presidential impeachment,’ with a panel of expert witnesses testifying. Neither President Donald Trump nor his attorneys will participate in Wednesday’s House Judiciary Committee impeachment hearing, they said late Sunday. White House counsel to the President Pat Cipollone said they would respond separately to the Friday deadline about their participation in future hearings.”

Today’s House Rules Committee hearing will be broadcast live on C-SPAN, as well as all the major cable news networks. They will also be livestreamed on the PBS NewsHour website and the C-SPAN website.

This Article is related to: Television and tagged Donald Trump, TV News