Wes Anderson has never made a bad movie, but that only makes it more fun to argue about which of them is his best (hint: not "Rushmore"). 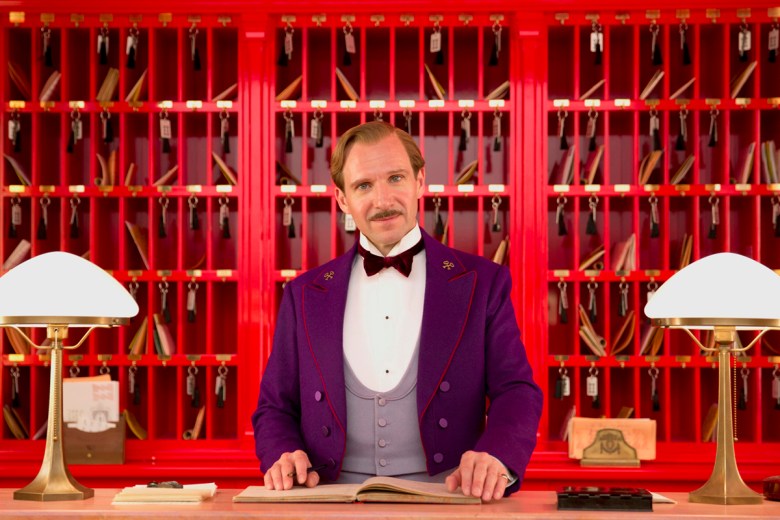 Let’s get this out of the way right from the top: Wes Anderson has never made a bad movie, and — in all likelihood — he probably never will. He’s too particular, too immaculate, too in command of his craft. Of course, the fact that he has always been so sure of himself only makes it more tempting to chart the progress of his career and to measure his films against each other. Or maybe it’s just fun because there are still only nine of them, and everyone seems to have their own favorite. Who could say?

Here are all of Wes Anderson’s feature films, ranked from “worst” to best.

Wes Anderson arrived fully formed (or close to it), and so much of his cinematic ethos can be distilled from the very first shot of his very first film, the camera crashing in on Luke Wilson’s young face with the confidence of a master and the exuberance of an eternal kid. And it’s really that energy that makes “Bottle Rocket” such a perfect indication of what was to come.

Yes, the film is full of Anderson’s future signatures — whip-pans, insert shots of handwritten lists, overly elaborate plans, the hierarchy of accessories that are assigned for infiltration missions (and used as measuring sticks for love) — but the director’s debut points the way forward because it’s so high on its own existence, its characters as committed to the bubbles they create for themselves as we are to watching them burst.

Anderson’s most naturalistic film by a long shot (there’s something so intolerably casual about those gray skies), this puckish caper movie sputters out at least three different times before James Caan even shows up to spark the third act, but “Bottle Rocket” is colorful even when it isn’t sparkling. Would Wes Anderson have even been possible without Owen Wilson there to translate him for us? His Dignan, dreamy and deranged, set the mold for at least seven movies to come, playing the guy in an electrified defensive coil of some kind, always trying to disguise themselves and doing such a poor job of it that you can’t help but laugh at their transparency (“What are you putting that tape on your nose for?” Bob Mapplethorpe asks. “Exactly,” Dignan replies). Thank God someone was able to see through the film’s disastrous box office performance and recognize that this was the start of something great.

READ MORE: A History Of Wes Anderson At The Box Office

Almost as indebted to Satyajit Ray and Jean Renoir as “The Grand Budapest Hotel” is to the writings of Stefan Zweig, “The Darjeeling Limited” never pretends that it isn’t the work of a white guy from Texas who was raised on the “exoticism” of movies like “Charulata” and “The River.” On the contrary, Wes Anderson’s uneven fifth film confronts that naïveté head-on, telling a story about three grieving brothers who travel to India with the half-assed hope that they can bottle up some of the country’s spiritualism and take it home as a souvenir.

Riding the eponymous train through the countryside and looking out the window like everything they see is a backdrop for their self-obsessive bullshit, Anderson’s most noxious cast of characters learns the hard way that you can’t be a tourist in your own family. Modernist to the extreme and a bit stilted as a result, “The Darjeeling Limited” doesn’t quite match the sum of its parts, but — from Bill Murray’s opening dash to Amara Karan’s unforgettable performance — the parts are pretty great.

7. “The Life Aquatic with Steve Zissou”

“Oh, shit! Swamp leeches. Everybody, check for swamp leeches, and pull them off… Nobody else got hit? I’m the only one? What’s the deal?”

It’s amazing, just when he was on the verge of becoming a household name, Wes Anderson made a dry nautical epic about Jacques Cousteau being a shitty father. I mean, I’d appreciate this movie being made under any circumstances, but “The Life Aquatic” is the only Wes Anderson film that feels as though it exists for the simple reason that someone was willing to fund it.

As exhaustingly dense as “The Royal Tenenbaums,” as spirited as “The Grand Budapest Hotel,” and as anarchic as “Fantastic Mr. Fox,” this expansive adventure is even better than the Adidas sneakers it inspired. Yeah, it sits uncomfortably in the middle of Anderson’s career and sometimes play like a watered down version of his previous work, but it also features Bill Murray as a vengeful shark hunter, Seu Jorge covering David Bowie, Cate Blanchett radiating right off the screen, Willem Dafoe as an over-sensitive German sailor, and Bud Cort giving us the closer that “Harold and Maude” never did.

REVIEW: “The Life Aquatic With Steve Zissou” Is An Exquisite Corpse