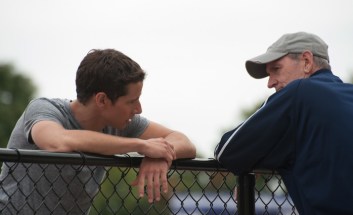 Drew (Kelly Blatz) is about to graduate from school, but the dire economic straits of his broken family have set a fence around his horizons. Drew seems destined to remain stuck in his rough neighborhood, following his older brother’s downward spiral into drugs and violence. But he does have one advantage on his side: a runner’s body, however untrained and in need of discipline. His efforts at track and field glory catch the eye of neighbor Coleman (Richard Jenkins), a former coach who’s bitter over past regrets. Admiration for Drew’s potential softens Coleman’s hardened reserve, and he offers the young man guidance on achieving his dreams on and off the track. [Synopsis courtesy of Seattle International Film Festival]