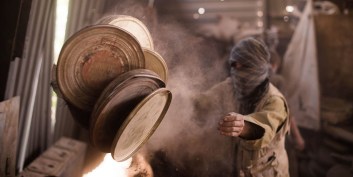 Film preservation is a challenge all over the world, but on this scale of crisis Afghanistan ranks near the very top. The miniboom in film production that followed the establishment of the state Afghan Film organization in 1965 came to an end with the ascension of the Taliban, which viewed cinema as Western culture that needed to be expunged. The country’s film history might well have have been lost forever, if not for the brave custodians who risked their lives to conceal films from the regime. In A Flickering Truth, we meet the dedicated cinephiles who are now excavating, preserving, and restoring thousands of hours of film footage, both drama and documentary, from Afghanistan’s cinematic past. [Synopsis courtesy of TIFF]