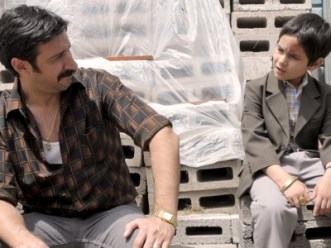 Adorable little Abel has problems in the head. His mother collects him from the psychiatric ward hoping not to upset him. She carefully discusses with his teacher how to deal with the absence of Abel’s father. The entire family is on pins and needles, worrying about Abel breaking down. But things take an interesting turn when the little boy emphatically carves out a new role for himself in the family—he decides to become the father of the house. Abel transforms the fear his family has about his episodes into the respect due to the head of the household. Oddly enough, it works! That is, until a stranger shows up at the breakfast table, claiming to be Abel’s father. [Synopsis courtesy of Sundance Film Festival]