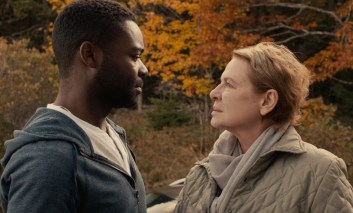 The last voicemail Sherwin Owens (Oyelowo) received from his beloved wife, Fiona, before she died in a car accident implored him: “meet her, before it’s too late.” The “her” in question is Fiona’s mother Lucinda (Wiest), whom Fiona had just visited after many years of estrangement. After spending several solitary days blunting his grief with alcohol, Sherwin makes the long drive to Lucinda’s home in rural Maine. Lucinda lives up to her reputation as ornery, bullying, and cruel, but she is dying from cancer. As Sherwin endeavours to bridge a divide widened by age and race, there ensues an unspoken competition as to who bears the greater loss. [Synopsis courtesy of TIFF]