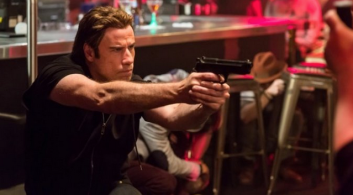 Stanley Hill is a former Black Ops agent who witnessed his wife’s death at the hands of a street gang. When corrupt cops let the prime suspect walk, Stanley takes the law into his own hands. Joined by a former comrade-in-arms, Stanley uncovers a conspiracy that leads to the upper ranks of government, as he heads toward a guns-blazing, take-no-prisoners showdown for justice.