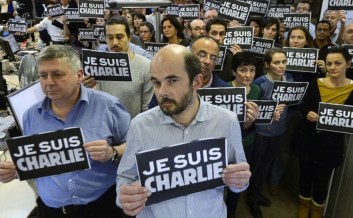 The January 2015 attacks on the offices of the French satirical magazine Charlie Hebdo were appalling in their brutality. But they were not a singular event. In the next two days, eight more people were killed in four separate incidents, one of them involving a Jewish grocery store. In total, twenty people were killed. Paris, and much of the world, was in shock. But the events galvanized a country and fostered a spontaneous outburst of collective outrage as millions gathered in the streets of French cities (and thousands more in Europe and North and South America), to protest the attacks. [Synopsis courtesy of TIFF]