Shadows from My Past 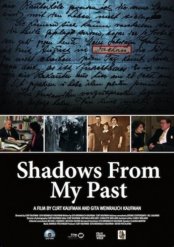 With anti-Semitism on the rise around the world, SHADOWS FROM MY PAST is a chilling personal account—and dire warning. In 1940, Gita Weinrauch Kaufman escaped from Austria with her immediate family the day they were to be deported to Dachau Concentration Camp. More than 50 years later, she returned to Vienna with her husband and co-director, Curt Kaufman, to ask the question: Is present-day Austria truly different from the country from which she fled? The filmmakers had remarkable access: survivor Simon Wiesenthal; infamous former UN Secretary General, Kurt Waldheim; former U.S. Ambassador to Austria Ronald Lauder; Austrian President Heinz Fischer; chancellors; distinguished academics; contemporary Austrians; Oscar-winning film producer Eric Pleskow; actor-singer Theodore Bikel; and many others.

However revealing these interviews are, the letters Kaufman cites, written by her family from 1939 – 1941, desperately asking for help obtaining visas, truly animate the shadows. For years, Austria claimed to be “the first victim” of the Germans, despite the number of Austrians among top Nazi leadership, including Hitler and Eichmann. On this, the 76th Anniversary of the Anschluss, SHADOWS FROM MY PAST creates a collage of evidence that Austria is coming to terms with its own dark past. As former Chancellor Franz Vranitzky states in his apology to Israel, “We must tell the truth to our children and the world….We do not want to disguise that any longer.”