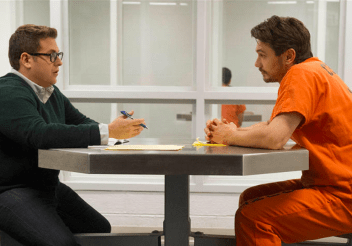 On-the-rise New York Times Magazine writer Michael Finkel receives troubling news from his editors that he is accused of falsifying part of an investigative piece on child laborers in Africa. Jobless and disgraced, Michael retreats from the city and falls into a depression. One day, he hears startling news that a fugitive accused of murdering his family was captured in Mexico claiming the identity of “Michael Finkel of The New York Times.” Intrigued by the story, he travels to interview the accused, identified as Christian Longo, to help save his name.