The "Parasite" filmmaker's favorite movies include works from some of the best American, Japanese, and South Korean directors who ever lived. 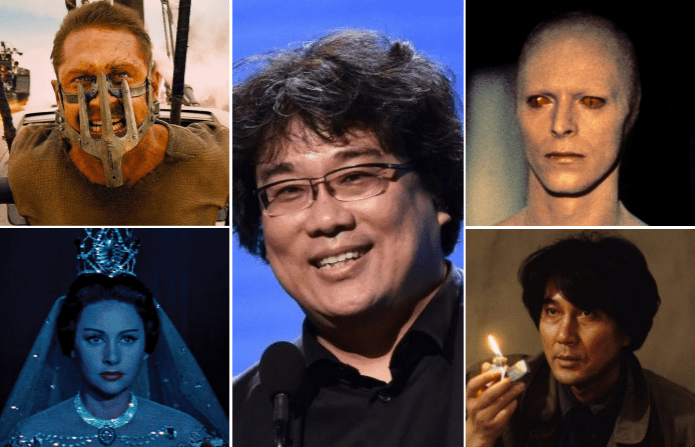 Bong Joon Ho has long been one of South Korea’s best filmmakers thanks to acclaimed movies such as “Memories of Murder,” “Mother,” and “The Host,” but it wasn’t until 2019 that Bong become a worldwide cinema superstar to the general public. With “Parasite,” Bong vaulted himself into the topmost echelon of the world’s best directors working today. “Parasite” world premiered at the 2019 Cannes Film Festival, where it made history by becoming the first South Korean film to win the prestigious Palme d’Or. The months that followed brought Bong to nearly all of awards season’s biggest festivals (Telluride, Toronto, NYFF) and ceremonies (Golden Globes, SAG Awards, DGA Awards, Critic’s Choice, etc.). Bong’s incredible journey with “Parasite” culminated in six Oscar nominations, including Best Picture and Best Director. The drama is the first South Korean film to compete for Academy Awards in the Oscars’ 92-year history.

With Bong now a household name across the world, it might be of interest to watch some of the films the South Korean auteur considers to be his personal favorites. Bong is a great director, but he’s also an avid cinephile who loves talking about films and raising awareness of some of the best Asian filmmakers who came before him, including Kim Ki-young, Shohei Imamura, and Keisuke Kinoshita.

Below is a list of 30 films Bong Joon Ho loves. The films are presented in alphabetical order.