Upon receiving her award from the Paley Center for Media last night, Burnett recalled that she was told 50 years ago that comedy variety was "not for you gals." 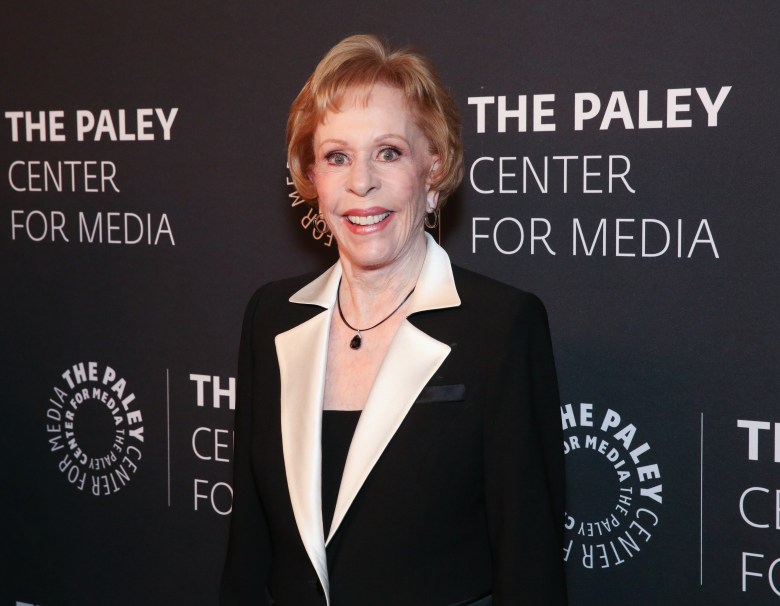 Brian To for The Paley Center

While accepting her Paley Honors Award in recognition of her groundbreaking achievements in television comedy, Carol Burnett took time to look back and share an anecdote with the audience about how she made it to this point in her storied career.

“It was television that gave me my opportunities, but as a woman in this business, it wasn’t always easy to do what the naysayers said couldn’t be done,” Burnett said. “When I exercised a clause in a contract that I had with CBS way back in 1967 that would allow me to do an hour comedy variety show, I was told by the network executives that comedy variety was a man’s game: Sid Caesar, Jackie Gleason, Milton Berle, Dean Martin. They said, and I quote, ‘It’s not for you gals.'”

Thanks to her contract, CBS had no choice but to put Burnett’s show on the air and the rest was history.

But more than 50 years later, there’s still a dearth of female-fronted talk and variety shows, seeming like for every step forward made – HBO’s “A Black Lady Sketch Show,” TBS’ “Full Frontal with Samantha Bee,” and NBC’s “A Little Late with Lilly Singh” – there are just as many setbacks, including cancelations of BET’s “The Rundown with Robin Thede,” Netflix’s “The Break with Michelle Wolf,” and E! Network’s “Busy Tonight.”

And while The Paley Honors: A Special Tribute to Television’s Comedy Legends served as a brilliant opportunity to celebrate TV comedy’s past, it illuminated several issues that must be addressed for TV comedy to thrive in the future.