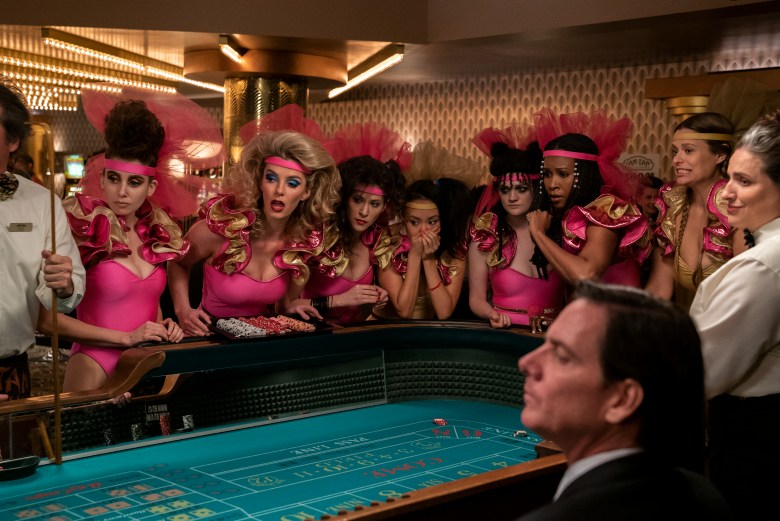 After two seasons leading the costuming department on Netflix’s hit series “GLOW,” series costume designer Beth Morgan couldn’t wait to go crazy when the show decamped for Las Vegas for its third season. While the wrestling-centric series has always married do-it-yourself pluckiness with high camp, moving the action to 1986 Las Vegas opened up a wealth of new possibilities for Morgan and the show’s cast of characters.

“What I’m so proud of as far as the look [of the series] is that we’ve never had it be over-the-top, it’s always been like your memory of the ’80s,” Morgan said in a recent interview with IndieWire. “It’s like the JC Penneys and the Benettons and the real, everyday look of the ’80s. So as soon as I knew that we were going to Vegas, I was like, ‘oh, we get to do the crazy part of the ’80s!'”

She added with a laugh, “We knew that we were going to get to do the over-the-top glitz and glamour looks of the ’80s as opposed to the jeans and T-shirts of a deep Valley wrestling gym.” That’s putting it mildly.

Here are some of the best looks from a literally dazzling and sequin-filled season, with Morgan deconstructing her favorites, including some recently retired showgirl get-ups to a serendipitous ’80s classic.

This Article is related to: Television and tagged Beth Morgan, Costumes, GLOW, Netflix