From "The Farewell" to "Uncut Gems," it's hard to believe these great 2019 films have zero Oscar nominations among them. 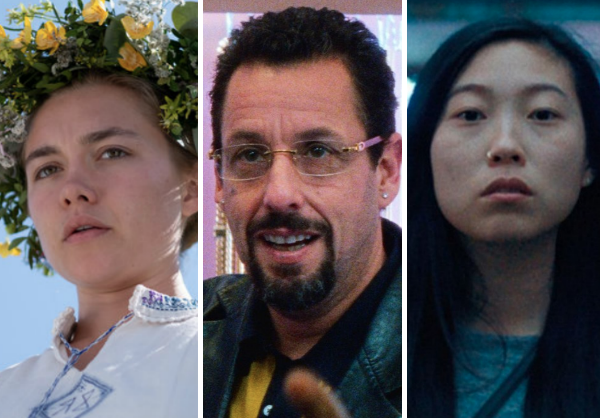 The nominations for the 92nd Academy Awards have been announced, and movies such as Martin Scorsese’s “The Irishman,” Sam Mendes’ “1917,” Todd Phillips’ “Joker,” Quentin Tarantino’s “Once Upon a Time in Hollywood,” and Noah Baumbach’s “Marriage Story” all walked away with multiple nominations as expected. As is the case every Oscar season, a handful of the year’s best movies were left snubbed by Academy voters. While many of these films were long shots, it’s still disappointing when movies as amazing as “Midsommar,” “The Farewell,” “Her Smell,” “Portrait of a Lady on Fire,” “Booksmart,” and “Uncut Gems” have zero Oscar nominations among them. Fortunately, the Oscars are just the Oscars and dozens of great films get snubbed every year.

Below is IndieWire’s annual list of great movies completed rejected by Academy voters. Only films that qualified for Best Picture have been considered.

This Article is related to: Film and tagged Midsommar, Oscars, Uncut Gems, Waves