Visionary graphic artist Philip Gips, the designer behind many of your favorite posters, died earlier this month on October 3 at the age of 88. Look back at his most memorable one-sheets. 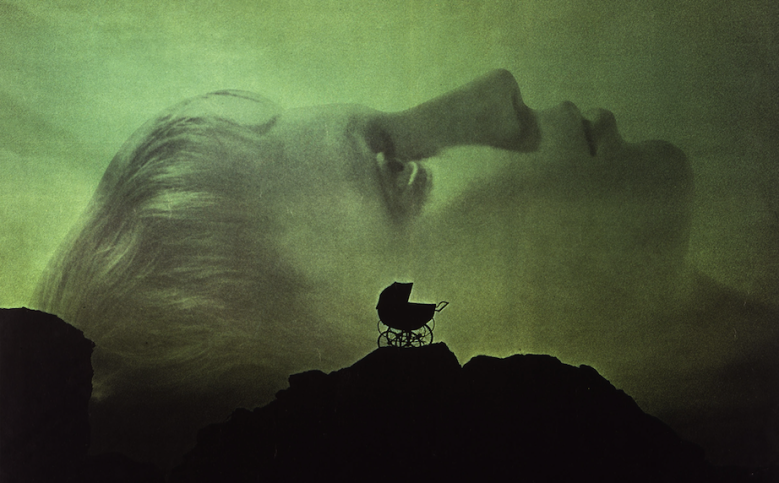 Visionary graphic artist Philip Gips, the designer behind many of your favorite movie posters, died earlier this month on October 3 at the age of 88. His most iconic designs include the unforgettable one-sheets for “Rosemary’s Baby” and “Alien,” which portend the terror awaiting audiences without giving too much away, and he worked steadily beginning in 1968 all the way through the late 1980s.

Gips also memorably created the striking poster for 1976’s Academy Award-winning media satire “Network.” According to a recent obituary in The New York Times, “While designing a poster for ‘Network’ … Mr. Gips suggested that the unhinged news anchorman at the center of the story, Howard Beale (played by Peter Finch), be pictured strung up on a television antenna, as if he were being crucified.”

“The tagline was supposed to be ‘The Greatest Story Ever Sold,’” Michael Gips said in a phone interview with the NYT. “But it was far too controversial for the studio.” The movie centers on Finch’s news anchor, who’s mad as hell, and plans to kill himself on live television because, well, ratings.

In a 2007 survey, Premiere magazine chose Gips’ stunning posters for “Alien,” “Rosemary’s Baby,” and “Downhill Racer” (all below) among the publication’s 50 Best Movie Posters of All Time.

Another fun fact: the now-infamous tagline for Ridley Scott’s “Alien,” as seen on Gips’ poster, was penned by the artist’s wife, Barbara Solinger Gips. “In space, no one care hear you scream.”

Per the New York Times, “In addition to his son Michael, Mr. Gips is survived by his wife; a daughter, Dana Gips; three other sons, Steven, David and James; 11 grandchildren; and a sister, Zelda Lempert.”

Below, IndieWire has rounded up 10 of Philip Gips’ most striking posters.