"WandaVision" is shaping up to be one of the Marvel Cinematic Universe's strangest projects in recent memory. 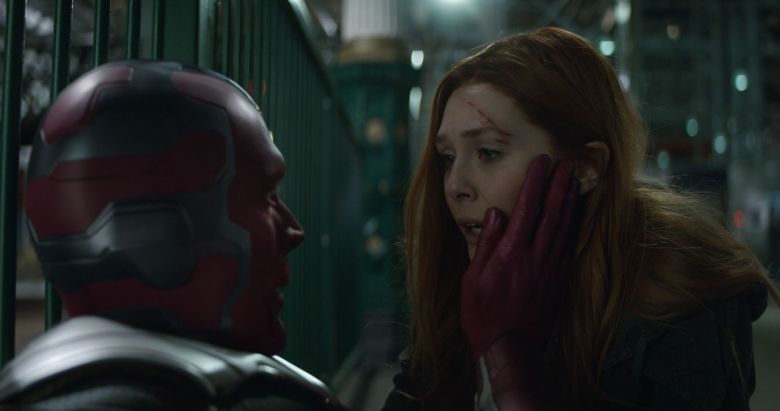 Paul Bettany and Elizabeth Olsen as Vision and Scarlet Witch.

Disney+ is closing 2020 on a high note with “WandaVision,” the upcoming superhero miniseries slated for a December launch on the popular streaming service.

The show stars Elizabeth Olsen and Paul Bettany, who reprise their MCU film roles as Wanda “Scarlet Witch” Maximoff and the android Vision, respectively. Details about the upcoming series’ plot are thin and the brief; “WandaVision” scenes Disney teased in its Super Bowl trailer in February only added to the confusion. The trippy teaser showed the duo living seemingly suburban lives, donning a variety of both domesticated and decidedly surreal outfits, and featured scenes in both black-and-white and color.

Marvel has billed the series as a blend of classic sitcoms and a more traditional Marvel Cinematic Universe project, though its protagonists will begin to suspect that everything is not as it seems. So, expect the unexpected.

“WandaVision” will premiere several months after “The Falcon and the Winter Soldier” hits Disney+. The streaming service is billing itself as the primary home for future MCU television projects, including “Loki” and “Hawkeye,” which are expected to premiere in 2021.

In the meantime, here’s everything you need to know about “WandaVision:”