The makeup department doesn’t often get attention. Unless it’s a big prosthetics job — transforming a lead actor into someone, or something — the showrunner’s attention is on other departments. Expectations are that the cast will look good or bad, if that’s what’s required, and most of all, the tool of makeup itself goes unnoticed.

Doniella Davy is showing filmmakers and showrunners how makeup can be just as expressive a tool as any other at a director’s disposal; first with her astounding work on Barry Jenkins’ “Moonlight” and “If Beale Street Could Talk,” and now in the groundbreaking use of makeup on HBO’s “Euphoria.” “What Donni does is storytelling. Cinematic storytelling at that,” said “Euphoria” creator Sam Levinson. “She knows the scene, the lighting set-ups, and works to illustrate what’s not being said…what she was able to do [on “Euphoria”] was translate the interior emotion of the characters into an actual expressive palette.”

Levinson never envisioned the makeup to be used in a purely practical way on “Euphoria”; rather it was conceived as abstract makeup designs that would serve as a means of individual expression for the characters — a window into how they see themselves and an extension of their creativity. And as the title of the series indicates, the teenage characters’ emotional states would be at times heightened, allowing the cinematic language to be hyper-realized.

The concept was novel, and Davy’s translation and execution of it, masterful. Davy would create the way that the viewer was going to digest the makeup, how it was connected to the characters’ moods and what they are going through in their storylines, but also determine how the makeup design would seamlessly morph along with the characters’ fluctuating mental states.

Such a mix of narrative and craft must be predetermined, a careful breakdown of script and character arcs, taking into account the locations, costume, hair, color palette and lighting design. Yet what’s truly remarkable about Davy’s work is how little pre-production time she received on “Euphoria”: Just one day, the same day, with all the young female cast. Just enough time to learn their allergies, product prefaces, and a sense of them as people.

Actual makeup testing was minimal, but for Davy, even more important is the ability to collaborate on character. “I really do take into consideration what these girls are feeling for their characters,” Davy said. “They’re young, they’re really fashionable, amazing young women. They’re very with it. They know what they like. They know what they don’t like. So, they come in with ideas.”

Hunter Schafer, who plays Jules, points to her collaboration with Davy on her character’s climatic prom look as an example of this collaboration. “Donni and I talked about portraying a new side of Jules in Episode 8, in which we would hopefully be able to see an energy that she brought home with her from the city in Episode 7,” said Schafer. “Jules’s prom look is a bit harder aesthetically than most of her previous looks, which can largely be attributed to those amazing metallic eye-stickers Donni found, and the red around her eyes. I think we both wanted it to feel like Jules was exploring a newfound sense of androgyny, queerness, and maybe a little bit of anger she had accessed since previous episodes.”

Hunter Schafer as Jules in episode 8 of “Euphoria”

Davy designed Jules’ look for Episode 8 while a scene with Zendaya was being filmed — just the makeup artist and Schaefer with a flashlight on the edges of the dark set. What Davy learned to do on “Euphoria” was to grab cast members, even for just 5 to 10 minutes, finding small pockets in the actresses’ downtime to have a conversation and test a look.

It’s in this sense, Davy’s background in indie film was the perfect training ground. On “Moonlight,” she was a one-person department with a fold-out Murphy table in a mobile home that also housed hair and wardrobe and served as the cast’s unofficial green room. She learned to work minimally, aging Naomie Harris for the film’s third chapter with just a brown eyeshadow palette. That’s it.

And yet she created the perfect glistening effect on the casts’ dark skin tones, perfectly selling the high-contrast, beating sun look that was integral to Jenkins’ and cinematographer James Laxton’s distinct vision for “Moonlight.” “People ascribe so much power to the director, and so much credit and responsibility for the choices that are made, but I don’t know shit about makeup,” said Jenkins. “A director makes choices. I talk to Donni about what the goal is, and then Donni creates an aesthetic, and allows me these different choices, these different options of how to approach it.”

Like other below-the-line talent, Davy learns her director. With Jenkins, she figured out quickly that he favored a “raw skin” look where you never feel the makeup, while also finding a language to match his vision for each project. With “Beale Street” Davy produced glowing skin that matched the James Baldwin-meets-Hollywood kitchen sink melodrama that Jenkins was reaching for.

KiKi Layne in “If Beale Street Could Talk”

“For that film, the aesthetic is a bit elevated. It’s not real,” said Jenkins, who points to the scene where the families of the young lovers, Tish (KiKi Layne) and Fonny (Stephan James), come together, a scene where a good percentage of the film’s large ensemble is gathered in one room. “Especially in that scene where the Hunt family comes over, looking a very particular way. So many different skin tones you’ve got to balance. Yet, you’ve got to end up with this glow. KiKi, in that sequence, looks gorgeous. Her skin is so supple.”

Davy’s collaboration with Laxton has been key, especially on with the large format close-ups the cinematographer and Jenkins’ designed for “Beale Street,” and has continued with an entirely new set of demands over the nine months they spent working together on Jenkins’ upcoming Amazon series “Underground Railroad.” Levinson was amazed how Davy adjusted to the dark, colorful lighting design he and cinematographer Marcell Rév cooked up for “Euphoria”: “I think what’s so impressive about Donni’s work is how she’s not just able to work under the conditions but find ways to use our lighting to the benefit of the characters.”

After shooting the pilot for HBO, Davy had to pivot hard. Her designs weren’t registering on screen the way she and Levinson had hoped with the gritty, dark cinematography that leaned heavily on hard shadows and colored light sources. Davy replaced colorful makeup with neons and highly pigmented colors, and drastically Increased the use of glitter, rhinestones, and metallic stickers.

Hunter Schafer as Jules in “Euphoria”

“We decided to use a lot more hard lines and color blocking instead of very shadowy contour blended looks,” Davy explained. “Because we found that so many shadows were already landing on our actresses’ faces that, when we were doing a big colorful eye look, we wanted to have crisp hard lines that would define the makeup so that it wouldn’t be completely lost in the shadows.”

The way the lighting and makeup interacted is astonishing. One of Levinson’s favorite examples comes in Episode 4, when Jules applies iridescent makeup to Rue (Zendaya) while the two friends lay in bed (you can watch the scene below). “Every time [Rue] moves, the light hits her from another angle, and it feels like the universe is swirling around her face,” Levinson said.

Davy’s bold, not purely functional use of makeup hasn’t only caught the eye of filmmakers, it has started a conversation with the culture itself. Jenkins has been surprised how often during Q&A’s for “Beale Street” he was asked about his actors’ skin, and the literally glowing portrayal of Black love Davy helped him create.

With “Euphoria,” Levinson had always wanted Davy to create makeup trends, rather than react to them. Drawing from things like a 1960s photo of Nina Simone with rhinestones around her eyes, to mining Gen Z’s personal Instagram pages, Davy makes it clear she doesn’t believe she has reinvented the wheel for “Euphoria,” but what she has done is held up a mirror to the ways young woman are and how they can express themselves, creating an incredible feedback loop between the TV show and a generation on Instagram.

“I’ve seen lots of kids ‘drawing’ on their faces, which makes me happy, and feels like an approach we liked to take on the show,” said Schaefer. “I hope it encouraged folks to approach make up as more of an art project than anything else.” –Chris O’Falt 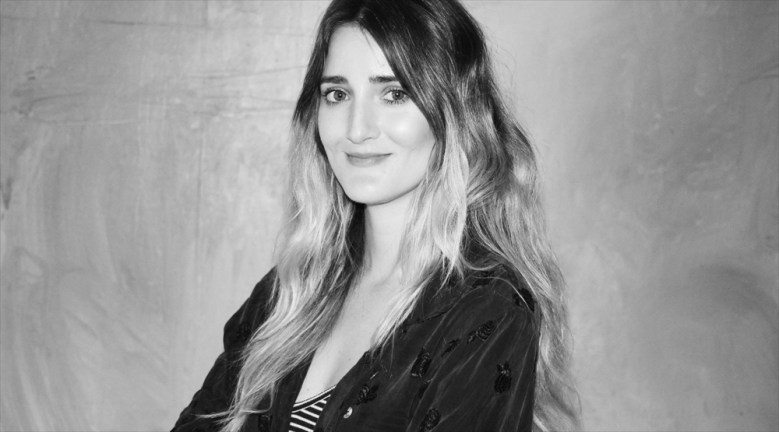