Despite the success of “Fargo’s” first season, the anthology series could have still grown stale. Creator Noah Hawley had successfully threaded the needle once, creating a fresh crime story all his own while working within a pastiche of the Coen Brothers’ 1995 classic film. But staying tied to the snowy color palette of cinematographer Roger Deakins and the Coens themselves — two of the most distinct visual storytellers of their generation — could also be a trap.

“I had the feeling that Joel and Ethan Coen never make the same movie twice,” Hawley said. “So neither should we.”

It was around this time that Hawley started to work closely with cinematographer Dana Gonzales, who had come onto the show after the Season 1 pilot and would soon become the showrunner’s key collaborator. Building off Hawley’s ideas of how to advance the series, they would create a new look for each season using different Coen movies as their starting points. More important than helping give each season a distinct look, Hawley had someone he could trust to push the show to become visually bolder.

For Season 3, Gonzales would create a LUT that removed blue, which was not only counterintuitive for a show set in winter, but an irrevocable decision that had a ripple effect on the show’s costume and production designs. For the upcoming Season 4 — most of which is shot, as it was set to premiere in April before the pandemic hit — the series would take another evocative turn by having a Kodachrome feel, so that it looked like the first color film stocks.

This type of productive director-cinematographer relationship is common; the problem is Hawley only directs one early episode a season. Not only is he responsible for the writing and writers’ room of “Fargo,” but he served the same role on “Legion,” while still trying to get new projects off the ground. Gonzales not only must keep the cinematography consistent across different directors of photography, but be a regular force in maintaining the visual language he and Hawley established.

“The directors come and go, but the DP is there to insulate the production from any kind of rogue stylistic choices,” Hawley said. “Certainly with ‘Fargo’ in the first three years, we stuck very much to the Coen brothers’ stylistic sensibility, which is wider lenses. The camera only moves on an axis: either straight in, straight up and down, straight out, straight side to side. You don’t have a lot of looping or unmotivated camera moves. There’s a real visual language.”

This might make Gonzales sound like Hawley’s cop; a human style bible stifling creativity. But in reality, he’s just as important a collaborator to the revolving pool of talented directors who work on “Fargo.” The cinematographer works closely with each to help incorporate their fresh ideas into the “Fargo” universe.

Take, for example, the long take oner director Keith Gordon and Gonzales carefully crafted after Nikki (Mary Elizabeth Winstead) and Mr. Wrench (Russell Harvard) hijack an 18-wheeler in Episode 9 of Season 3. [You can watch the scene at the bottom of this article.] The shot starts off wide, looking down, as the truck pulls into the rainy scrap yard, and at the end, it pulls back out and tilts up to punctuate the demolition happening in the backdrop and the unspoken fate of the stolen truck being abandoned. In between these bookmark wide frames, the craning shot moves into the back of the trailer like a microscope capturing the mechanics of the heist.

Dana Gonzales on the set of “Legion”

It’s one thing to have a rule that all camera movement is motivated, it’s another to work with one of “Fargo’s” more ambitious directors to create such a pure piece of storytelling. In a world where long takes have become visual shticks, there is nothing gratuitous about this shot. Each reframe and movement is a piece of pure storytelling, so much so you might not even realize it’s one shot while watching the episode.

“There’s just a drama to his eye,” Hawley said, who has hired Gonzales to direct two episodes of both “Fargo” and “Legion.” “He gets excited by the challenge, but at the same time, he’s not just looking at the light. He’s telling the story, and I think that that’s where the real genius lies.”

“It was interesting switching over onto the ‘Legion’ pilot with Dana,” said Hawley. “Because it was in many ways, for me, the anti-‘Fargo: experimental and aggressive with the camera.”

“Legion,” with it’s in-camera effects, required a totally different mindset. The challenge Hawley tasked himself and Gonzales with was “how to execute the images for the genre show that felt elevated.” He didn’t want another red and green comic book show, but one with beautiful and heightened lighting.

Switching gears on “Legion” revealed a whole other side of Gonzales as visual interpreter. The colorful, bold lighting, and astonishing in-camera tricks is some of the most jaw-dropping cinematography on television. And yet, according to Hawley, making it all obtainable and repeatable. “He doesn’t overcomplicate things, there’s always an elegant solution.”

With “Legion” it’s clear Gonzales is one of the most gifted cinematographers working in television today, but the pure photographic virtuosity only captures a portion of his value. In a world where great TV writers like Hawley are also looking to be bold visual storytellers — but not be on-set week-in-and-week-out — the visual sophistication of series is only possible with a cinematographer whose skillset goes far beyond a consistent and pleasing style. –Chris O’Falt 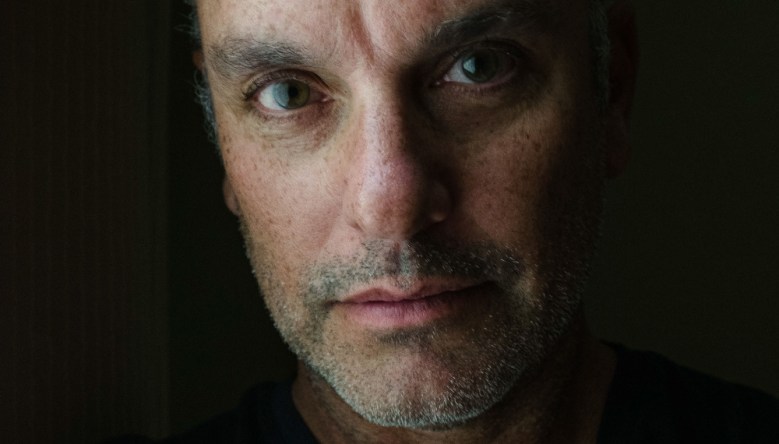 Watch Dana Gonzales' Eye For Story in this Scene from “Fargo.”