When you work on a show that has 30 episodes, many of which heavily feature wrestling, some things are bound to leave a mark. On the Netflix series “GLOW,” stunt coordinator Shauna Duggins makes it her business to keep those pains at bay. “She has little recommendations to ‘take the curse off.’ As in, little adjustments you can make to make a stunt hurt a little less. Because let’s be honest. It f*cking hurts,” Betty Gilpin told IndieWire.

Serving in that capacity on “GLOW” for each of the Netflix series’ first three seasons, Duggins has been an instrumental part of one of the show’s standout elements. Series co-creators Liz Flahive and Carly Mensch say that through her work in developing the show’s many wrestling sequences, Duggins has helped keep the possibilities of the show wide open, from the writers room all the way through the production process.

“When we talk about things that we want to have happen in really vague terms, what we want to see or what we want to feel when the wrestling happens, she’s really great at figuring out how to break that down and make everybody believe it’s all possible,” Flahive said. “It’s almost like what you want in a writer in a writers room. You say, ‘This is what I’m going for.’ And you have a writer who brings five pitches of how that could happen. Shauna kind of does that with stunts for us.”

Of course, that open-ended approach to the show’s wrestling sequences is built on an understanding of the featured characters and the women who play them.

“She’s so positive and encouraging in a way that’s not empty. It’s matched by extreme competence and very practical, constructive solutions. It’s not like you’re drinking some magic Kool-Aid to do something that you can’t do,” Mensch said. “We never say, ‘Here’s a match: Can Jackie [Tohn] do this move?’ Instead we start with, ‘We would like to create a match between these two people. What are the things they’re really good at? What are the things they’re comfortable doing? How can we play to their strengths?’ That’s just a very different energy to build from than a scary, ‘OK, we’ve got XYZ stuff that needs to be done.'”

Duggins’ experience — honed by stuntwork on countless blockbuster franchise installments and extending to her coordinator work on other projects as wide-ranging as the Starz espionage thriller “Counterpart” and the Netflix coming-of-age series “Never Have I Ever” — has helped her not only choreograph sequences that can engage performers, but have a full understanding of how best to do it to take some of the work off of the director’s plate.

“Shauna also just has a long history of understanding camera,” Mensch said. “When the director comes in, she’s already thought through, ‘If you’re gonna put the camera here, we could turn it this way’ or ‘I’ll make sure her face is lower than the ropes for that shot’ or ‘This is the one move that’s very difficult, so we can probably get her to do two but that’s probably all we should do safely.’ She tends to already be anticipating all the steps in the process.”

That awareness of the camera extends to how Duggins can help translate that to performers. Certain moves are designed to be repeated, but a certain precision in execution and placement can mitigate the need for extra takes.

“Wrestling days are brutal to film. You’re taking a match that’s meant to be done once for 20 minutes, and doing it a million times, sometimes for over 12 hours. Shauna knows more than anyone that there are certain stunts you can only do a handful of times before it’s dangerous,” Gilpin said. “She has expert first-hand stunt knowledge, and crazy smart camera instincts. Before every take, she’ll scurry over and whisper to us ringside what the shot is, where to play to, what parts of the move to sell and what to skip. We would be in a full body cast without her.”

Part of the appeal of “GLOW” over its three-season evolution has been to see its characters grow more comfortable in the ring. Their feats aren’t superhuman, but there are changes — some subtle and others more apparent — in how these matches unfold. Debbie and Ruth and Rhonda and Melrose are getting better.

As the actresses who play them get better, too, Duggins also knows when less can be more. Because Duggins is so tapped into what the cast needs and is capable of, she can also identify the times when no escalation is needed and when something more simple will do. One such example came in the Season 3 episode “Freaky Tuesday,” when the group makes a decision to play each other’s characters for one night.

“The ‘Freaky Tuesday’ match was insanely fun to shoot but also really complicated. They were really long days and we had to pick and choose what big power moves were feasible,” Gilpin said. “There was one move where I was supposed to bend over and basically deadlift Sunita Mani from the ground, hoist her over my shoulders and throw her out of the ring. This was before we shot the whole sequence with Alison [Brie] … we had a lot of wrestling left to do in the day. Shauna saw how exhausted I was already and just said ‘Do something character-y instead and just kick her out of the ring.’ I was so grateful.”

Gilpin added, “There’s no room for pride or ego when you’re doing so many stunts — you have to choose when you’re powerful. And Shauna definitely taught me sometimes the most powerful thing is to do less.”

Shauna Duggins on the set of “GLOW”

As if all of that other work wasn’t enough, Duggins is responsible for more than just overseeing the drama inside the ring. “She’s our stunt coordinator for everything,” Mensch said. “We had a limousine careening into a parking lot in Season 1. Any time we have a zip line or a man throwing a punch at another man not in a ring, that’s still all her. So her fingerprints are spread wide.”

And, in turn, that expansive impact extends through to the performers’ other on-screen moments, even ones that don’t require special supervision. “Shauna’s training has totally changed the way I approach any scene,” Gilpin said. “I feel way more physically present than I ever did before — like I’m playing a character head to toe instead of from the neck up.” –Steve Greene 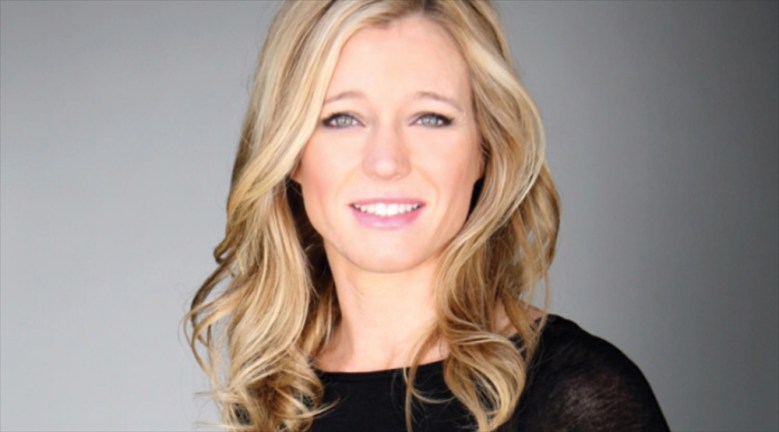