Matthew Weiner was a novice showrunner when the “Mad Men” pilot was being shot with the legendary New York production designer Bob Shaw (“The Irishman,” “Sopranos”). When AMC picked up the pilot and production moved to Los Angeles, Weiner panicked: How was another production designer going to retroactively re-establish the 1961 Madison Avenue advertising world, which Shaw had crafted from real locations, in Los Angeles on a basic cable budget?

Shaw gave Weiner a name: Dan Bishop. “[It was] the first time I saw everybody in the office,” recalled Weiner upon visiting Bishop’s fully dressed Sterling Cooper set. “I can’t explain it, to have this world brought to life and it exceeds your imagination.”

Weiner knows how rare it is to have something exist perfectly on the screen of your imagination and for somehow it to become richer, more dynamic and meaningful in reality, but on “Mad Men,” it was an experience that became common. Weiner became a kid in a candy store. “Don Draper’s second apartment, the Park Ave one with the sunken floor and the white carpeting,” Weiner said. “I’m not going to lie, when I first saw it, I was like, ‘Can you get water plumbed in here, so I can live here?’ It was my fantasy New York apartment.”

It wasn’t simply the production designer’s standing sets. The entire series was shot in Los Angeles, something no one who watched the show would ever assume, and there were countless challenges, big and small, to give the show its distinct sense of New York during the cultural transformation of the 1960s.

“Dan can go to your house, right now, and take a picture with his camera that is period,” said Weiner. “He knows where the frame is.” Weiner still sees locations around town, that, he even after shooting there, he marvels at the fact that Bishop was able to see they could be transformed into “Mad Men,” including the lobby of the L.A. Center Studio serving as five different locations, including a Cadillac dealership and lobby of Sterling Cooper.

“Dan put his ass into that scout van and he would come back with pictures, [showing] you a limited frame that he was going to turn into something that you thought happened 50 years ago,” Weiner said. “And we didn’t have enough money to dress a huge space or anything like that. He would just give you the maximum frame that they could afford to dress.”

In that narrow frame Bishop saw details he could pull out. One of the keys to “Mad Men” was Weiner’s edict that it not be a stylized version of the 1960s, something which has become common in bigscreen period filmmaking. “Having so much detail and sweat stains and ashes and broken furniture and cracked glass and dirt on the walls and all that other stuff that makes it feel more like a real thing than like a movie, so that everyone’s imagination becomes employed,” Weiner said. “And when you work with people that good, you can’t even believe how much story comes up.”

That ability to tell a story in details in something all production designers do, but even a veteran sci-fi creator like Ronald D. Moore (“Battlestar Galactica”) was caught offguard by what Bishop achieved on Apple TV+’s “For All Mankind.” “We talked about the characters early on, and what type of people they were and what sort of houses they would have, so I knew the general direction he was going,” Moore said. “But it isn’t really until you walk into the dressed for the first time, and he starts walking you around, and you realize the level of detail and thought that he’s put into everything.”

“For All Mankind”: Inside the Jamestown Space Station

In video below, you can see Bishop tell the story of the two NASA families through the production design of their homes, but “For All Mankind’s” reliance on Bishop’s eye for detail and obsessive research went beyond character. The show was premised on an alternate reality of how the American space program would have reacted if the Soviet Union had been the first to put a man on the moon.

“He didn’t just create Mission Control, but it was also an eye toward emphasizing the positive idealistic approach of NASA,” Moore said. “The production design reflected not only this alternate history that it had taken a hard blow with the Soviets beating us to the moon, but then how [it got] back up and [moved] technology forward.”

Bishop’s obsessive research turned the story engine in creating the fictional technology — like the Jamestown moonrise in the video below —because it was so grounded in the reality of the technology of the era “the audience is willing to take the leap of faith and go with you,” Moore said.

Bishop was Moore’s first choice to carry the enormous storytelling role production design would play in “For All Mankind” based on working with him on “Carnivàle.” The Dust Bowl-set HBO series was also what convinced Weiner to hire Bishop. Watching the series, Weiner remembers wondering: “How does someone make this decay look so beautiful?”

“Mad Men” was conceived of a story of New York “in a state of entropy.” Don Draper’s decade-long story arc would mirror a world disappearing, making the decay in production design details vital to the story world. And yet Bishop’s worlds are so evocative, the kinetic combination of color, fabrics and texture create an alluring mosaic. Weiner points to Joan’s rather basic apartment on the show of the era, nothing special, and yet not only did it “feel like Joan,” Christina Hendricks’ hair, skin, and clothes looked incredible against the pink walls. Years after seeing the show, the rather minor set is inseparable in our mind’s eye of the character.

The details and research Bishop uses to tell stories are not purely for period reality. When Michael Schur had to create the sitcom “The Good Place” on the Universal back lot, he turned to Bishop. “We don’t have to represent heaven, we have represent what a demon is going to build to make a bunch of stupid humans think heaven is,” Schur said. “So Dan Bishop was the production designer on the first season, we met with him, and we’re like, ‘Let’s build Disneyland/The Grove.”

Bishop researched into how these businesses employed well-manicured perfection, flowers, bright colors, and pink lights to make customers feel cheery. It’s an underlying concept that sold the series, and that we was able to create by melding the backlot exterior and Pasadena’s Huntington Gardens.

Possibly Bishop’s greatest asset, though, is his ability to tell story through space. For Season 4 of “Mad Men,” as Sterling Cooper became SCDP (Sterling Cooper Draper Pryce), Bishop designed a two-floor modern office for the new company, and brought the series into mid- and then late ’60s. “It was something that helped mature the show,” Weiner said. “Dan’s design was the fountainhead for as much story as possible.”

Weiner’s “imagination exploded” with the story potential Bishop had baked into SCDP. The dynamics of the four partners spread out into their power corners. Joan’s office, positioned to quietly observe with doors on either side. The shadow puppet perspective of the conference room glass door. The fluidity of movement with the stairs, with two landings that served as a stage, and social spaces that formed in hidden pockets. The whole soundstage set was designed with camera angles and rich compositions in mind, including the floor being built on a four foot platform floor, allowing the exterior backdrop to sink below the stage, creating perspective that could give a vertigo-like sense of being on the 37th floor.

“It just invites story,” Weiner said. “If you were to just follow Peggy from when she is there at that office to when she leaves to when she comes back, and just see all the different spaces that she occupied, it told her story and what it felt like to walk into Don’s office.”

The SCDP offices in “Mad Men”

Most TV artisans’ greatness comes from interpreting and translating script, but as “Mad Men” progressed Weiner learned to feed off Bishop. He’d tell the production designer well ahead of time what year the next season would be set in; and then Bishop would start showing him different environments, photos, places — and then the showrunner would start to see character and story.

“He just has an incredible gift for three-dimensional space,” Weiner said. “And honestly, since then, he’s not always available, but I’ve only worked with people who have worked with Dan. He’s just got a very unique ability to understand that.” —Chris O’Falt 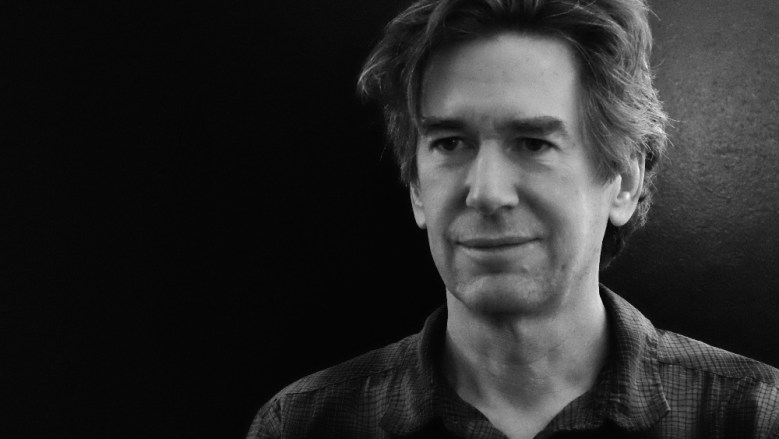 Ronald D. Moore Explains How Dan Bishop Created the Alternate History of “For All Mankind”