Sound should be 50 percent of filmmaking (it’s an audio and visual art, after all), but too often, it’s not. This is doubly true of television, where the pre-planning required to fully incorporate sound design into the creator’s vision, and the time it takes to then execute, is incongruous with the assembly line schedule of producing episodes back-to-back, week in and week out.

So how does a TV creator like Sam Esmail, for whom sound is actually 50 perfect of his storytelling, pull it off on “Mr. Robot” and “Homecoming”? The answer is supervising sound editor Kevin Buchholz.

“There’s a deeper connection that you can [make] with sound,” Esmail said. “But for me to really get a handle, even if it’s just prepping and looking for locations, it really is about how can I also include this other 50 percent, the audio, in the final experience. So Kevin is there and very informative at every step along the way.”

When you see a car onscreen, you often hear that car. Sound effects are added to make the image believable, because that’s what there is time for in the post-production process after an episode has picture locked and before the final mix. For sound to be used like a storytelling tool — like composition, design, or editing — episodes not only need to be conceived in sound, the collaborations need to start as early as possible.

“What Kevin smartly does is he has that process drawn out from writing to prep to actual shooting and finally to post,” said Esmail said. “His curiosity about what I’m thinking [leads to him] throwing me ideas, which I then include in the way I shoot or even script moments. That’s how important sound is and what his input has meant to me.”

While Buchholz is reading early drafts of the scripts and talking with Esmail, he creates “shot lists” of sounds. Before production on “Mr. Robot” even starts, he flies out to New York to start recording sounds, not simply to start the process of gathering the elements he’ll need, but to start conceiving — by walking through actual locations — the role sound will play.

The incredible Grand Central Station and subway soundscape Buchholz created for the first episode of Season 4 of “Mr. Robot” stemmed from the day-and-a-half he spent with his wife walking around the train station recording sounds. The final mix moves effortlessly between diegetic and hyper-realized sounds — created from his recordings — mirroring the experience of lead character Elliot (Rami Malek).

“He’s so into the details of certain sounds, even creating and inventing sounds that do not exist in our world,” Esmail said. “The richness is finding what the story of that episode is about, who are we experiencing that story through, and then how do we then align the sound to that perspective.”

There’s talent and instinct in executing something like that, but it also largely speaks to Buchholz’s ability to manage and earn the “supervisor” role of his title. Part of all the pre-planning is to serve the goal of having something the picture editors to work against and the music team can feed off of during creation. It’s the only way for there to be time not only for the integration, but the endless tweaking and adjustments.

As particular as Esmail is about the role sound plays in his shows, it doesn’t mean he or Buchholz know precisely what sounds will work, or how they’ll work. Buchholz’s tireless team of sound editors and sound designer Dan Kremer are working in multiple directions simultaneously to find and create sounds.

Esmail has so grown to rely on Buchholz’s ability to deliver painstakingly detailed, evocative soundscapes, that this season he attempted an episode of “Robot” with no dialogue. Buchholz’s soundwork was forced into the foreground with Darlene (Carly Chaikin) and Elliot’s footsteps taking on the voice of the character, their urgency.

“Kevin makes choices that are teetering on that edge of being subliminal, but being very present,” said Esmail, who points to a sound transition used in Episode 2 of “Robot” this season as example. A dramatic scene between between Mr. Robot (Christian Slater) and Elliot in a funeral parlor ends with an unrecognizable, disturbing, rhythmic sound that subtly evolves into the squeaking of young Elliot (Evan Whitten) spinning in his chair (you can watch the scene in the video at the end of this article.)

“One of the rules I have is to not end scenes with a [music or sound] sting out, which is a typical thing you see in movies and TV,” Esmail said, although he acknowledges the alternative — of finding the connective tissue between two scenes with sound or music — is a hard task for a sound team. “It wasn’t just creating that sound effect [of the squeaking chair], what he did was add this ethereal tone that suddenly felt connected. That, to me, is the brilliance of what Kevin and his team do. That’s a very detailed tedious process that you have to go through and it’s a lot of trial and error, and he always pulls it off.”

What Buchholz accomplishes with the squeaky chair transition goes even beyond the trial-and-error of finding and creating the right sound. He sent the sound design to composer Mac Quayle so he could incorporate it into his score: the squeaking chair having a rhythm to it, undulating as it transitions from a hyper-stylized sound to a grounded sound effect. Brett Hinton, Buchholz’s co-supervising sound editor, meanwhile worked with Whitten to get some subtle breaths. It’s the way these elements blend into one that makes the bold stroke of artifice feel organic.

Buchholz, a self-described “recovering musician” (he’s a drummer) is always trying to find the meter and pace of the scene, working closely with music editor Ben Zales, and exchanging sounds early with Quayle so that the line sound design and score become indistinguishable.

In the first episode of the second season of the Esmail-produced “Homecoming,” as director Kyle Alvarez’s camera slowly zooms in on actress Janelle Monáe’s character during a key moment in a motel bathroom, Buchholz finds a low frequency in the buzzing lights that accentuates the synth undertone of composer Emile Mosseri’s score. Performance, camera, and score perfectly unified and strengthened by a noise you likely wouldn’t notice while watching.

“It’s rhythm, it’s tone, it’s pace, and sometimes it’s finding some weird alchemy of all that,” Esmail said. “It’s really finding a creative way to make the experience that is that much richer and layered. Kevin makes sure we never short change any aspect of it.” 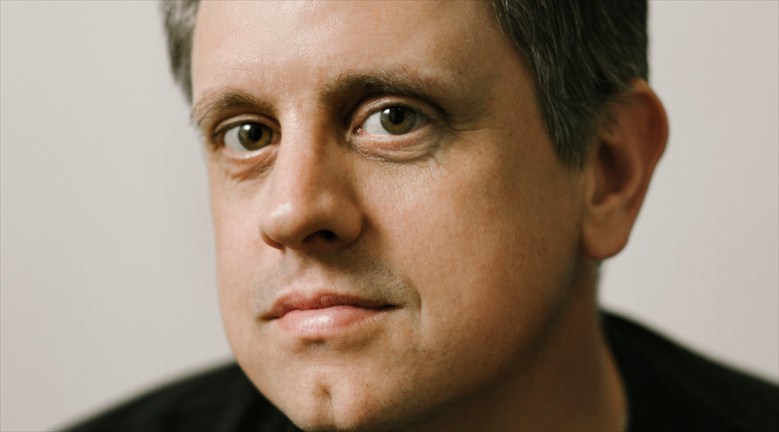