Versatile and timeless, composer Kris Bowers is one the most efficient and effective musical storytellers working in television. In recent years, Bowers quickly amassed a multifaceted body of work that’s distinct for how it effortlessly weaves a variety of different musical styles with complex characters and themes.

For top TV creators revisiting the past because of the ongoing resonance of those stories, Bowers bridges the time gap with music that captures a specific time and place by melding sounds of the past and present. Drawing from both, he honors each. It’s the key difference between simply matching a recognizable sound and evoking a genuine feeling.

His music for “Mrs. America,” the FX on Hulu show that documents the fight for the Equal Rights Amendment, doesn’t feel constricted by needing to mimic 1978. Instead of copying the pop sounds of the time, his score is made up of a number of gentler, more intimate musical sketches, showing how a movement can be built just as much through incremental steps as bombastic flourishes.

For Ava DuVernay’s Netflix series “When They See Us,” he embraced a kind of distorted melody, filtering familiar instrumental ideas through a faint digital haze. It’s disorienting at times, underlining the connection between the injustices faced by the exonerated Central Park Five and those that still persist throughout the American criminal justice system.

Bowers’ first major TV project was “Dear White People,” for which he’s written the music for all three seasons to date. At the start of the project, creator Justin Simien was looking for a composer who could transpose some of the musical ideas from his 2014 film into a TV environment that thrives on both quality and speed.

“When he composes classical, when he composes jazz, and when he produces pop music, they’re all, in their own arena, really excellent. And so the idea of having a composer come on who could do all three of the things that would become the sonic signature of the show was very exciting,” Simien told IndieWire.

“The Bell Tower,” one of Simien’s favorite pieces of music from “Dear White People,” showcases Bowers’ ability to use that special orchestral blend to address those historical truths from a modern perspective. [You can watch a scene from Season 2 featuring “The Bell Tower” at the end of this article]

“That season was about how our true selves are constantly being hidden and almost erased from history,” Simien said. “The purpose of that melody was to remind the audience of moments when the characters were being real with themselves and when they were communicating with who they really were. And the melody he came up with does exactly that. It just touches my heart every time I hear it.”

“Dear White People” is also Bowers’ versatility calling card, a score that when listened through, manages to fit a number of different instrumental styles under one cohesive roof. Considering the show is built on a structure of being told through different characters’ eyes on an episode-by-episode, it’s not surprising that he’s a great match.

Maybe the strongest example from the show’s first season is the opening of the episode told from the perspective of Reggie (Marque Richardson). It kicks off with a dazzling jazz combo whirlwind, with sax ablaze and enough hi-hat to make you want to run at a dead sprint.

Bowers’ personal touch really comes through in his work for solo piano, the instrument which garnered him plenty of attention following his days as a student at Juilliard. Over the course of three seasons of “Dear White People,” those piano cues have signaled hope, wistfulness, or the possible end of a relationship.

There’s also an efficiency to Bowers’ music when brevity is necessary. In “Mrs. America,” the pendulum swings between opposite sides of a decade-defining fight for women’s rights are tiny grace notes. As the fight for the Equal Rights Amendment plays out across a vast ensemble, and Bowers sets up each successive character’s place in the fray with a few elegant bars.

“Kris has an uncanny ability to get an idea across in a short amount of time, which was such an asset to the series,” “Mrs. America” creator and showrunner Dahvi Waller said. “This really helped me when we got to sequences where we were intercutting frequently between the two worlds, like the final sequence of ‘Houston’ where we cut back and forth between the convention floor of the women’s conference and Phyllis Schlafly’s counterrally. There are so many ideas packed into that short sequence, and there is a huge character transformation happening in that sequence for Alice (Sarah Paulson’s character). Kris wrote such a beautiful score for that sequence that captured all those ideas and emotions in such a minimalist, economical way.”

In “When They See Us,” Bowers connects the lives of those who would come to be known as the Central Park Five, helping the audience to understand the pain and uncertainty they all faced. But his ability to hone in on specific emotions in turn gives each of them and their families the kind of musical attention they need so that they don’t get lost in a group.

In a larger-scale storytelling way, that idea of distinct complements works with the music of a series in full. Whether the show he’s working on is set in the present day or in a decade long past, that often means writing something that will coexist with the source music surrounding it.

“Kris has also made pop songs for the show, including the cover of ‘Tyrone’ that Ashley Blaise Featherston sings,” Simien said. “Morgan Rhodes, our music supervisor on the show, she’s such a genius at what she does and the two of them are in conversation. When I say, ‘What version of pop do I need that’s gonna fit in with the kind of jazz, the kind of classical that Kris is composing?’ they both tune into what the other’s doing. It’s kind of seamless.”

“Mrs. America” culminates in an epilogue that synthesizes so many of the ideas that Bowers shows he can handle so well. Under a montage of the real-life inspirations for the characters of the series, the accompaniment starts out as a glowing hum, what you might normally associate with these glances back through history. “Scoring the epilogue was such a tall order and we had many conversations about it. There were three different acts in that epilogue, so many different notes to hit and complex emotions to express,” Waller said. “What I appreciate so much about Kris is that he’s never satisfied with good enough. He’ll keep pushing and trying new variations until we all go, ‘Yessssss! That’s it!'”

When that archival look at past icons gives way to modern footage of rallies in states where the Equal Rights Amendment has passed almost a half-century after it was first proposed, the music builds. Bowers adds clapping percussion, an acoustic guitar, a stirring anthemic string melody. He turns what first seems like a solemn tribute to a movement into a rallying cry for its descendants to follow.

It’s a crescendo that connects generations, enlivened by a musician who knows what that bridge sounds like. –Steve Greene 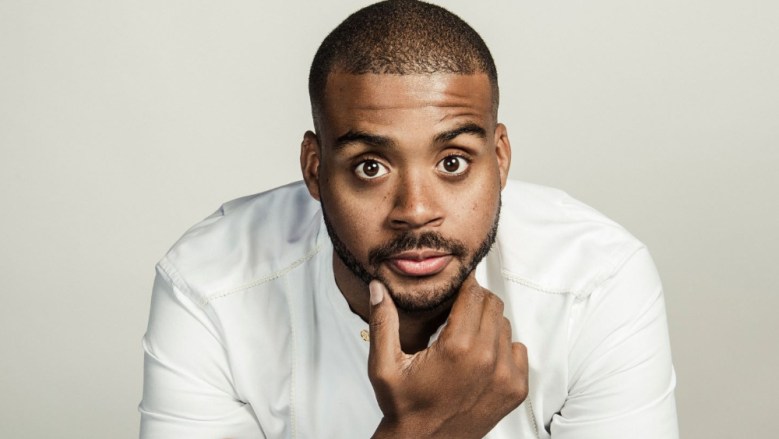