From HBO’s evolution into the home of appointment Sunday night television, and through the rise of basic cable and streaming originals feeding a newfound demand for adventurous niche series, there is one casting director whose extraordinary career is playing a vital role in shaping Peak TV.

In 1997, after Alexa Fogel cut her teeth in the casting department of Steven Bochco and David Milch’s “NYPD Blue” — bringing gritty realism and censor-defying characters to a police procedural — she was a natural fit for Tom Fontana’s “Oz,” an empathetic, brutally unvarnished look at the American prison system, which opened the door for another realistic view of America’s systemic approach to the war on drugs, “The Wire.” Both series upended what kinds of stories could be told on TV, forever changing the course of HBO, and neither would have worked without the incredible and, at the time, unique ensembles Fogel gathered.

Whereas today movie stars are leveraging their power to land their own limited series, “The Wire” creator David Simon is quick to highlight how much TV casting has changed. “At that time when ‘The Wire’ started there were not a lot of actors that wanted to do television,” Simon said. “There was a stigma to it. There was a Chinese curtain between features and television.”

Fogel was scouring the New York theater world to populate groundbreaking television series with undiscovered talent — many of whom are now ubiquitous presences in film and TV. “She seemed to have a handle on everybody who was fresh in New York,” Simon said of those early days. “She’s very smart about who’s coming up, who’s arrived, who’s available, but also the counter-intuitive notion [of who would be right].”

Michael B. Jordan and Idris Elba in “The Wire”

When it came to casting Idris Elba for “The Wire,” Fogel “saw right away that this was a leading man,” Simon said. Knowing how important it was to Simon that his cast felt and talked like Baltimore natives — and many often were, thanks to local casting by Pat Moran — Fogel advised the London-born actor to drop his Hackney accent during the audition, even between takes. “I’d like to think I would’ve had no problem with the accent, but I did not know until I talked to him the second time after callbacks that he was from the U.K.,” Simon said.

Too often in Hollywood the scorecard used to weigh a casting director’s career is which stars they “discovered” — a tricky distinction which Fogel can claim, on “The Wire” alone, by introducing Elba and a 15-year old Michael B. Jordan. Yet it’s a measure that is woefully inadequate in capturing her true craft.

Julia Garner was 17 and had only been acting for a year when she first met Fogel. While Fogel cast Garner in the juicy breakout role of Ruth on the massive Netflix hit series “Ozark,” that isn’t why the actress feels she owes much of her career to the esteemed casting director. “She was one of the first to call me in very early in my career, she always believed in me,” said Garner, who refers to the casting director as a “generous artist.” Like others who have worked with Fogel, Garner paints a portrait of a hard-working creative who cares deeply for the projects she works on and has a unique ability to put actors in positions to succeed when she knows they are a good fit.

“Maybe I was afraid of ‘Ozark’ a little bit when I got it, just because I’ve never played a character like that,” Garner said. “I know she knows more than me. I never had creative doubts,” adding, “Alexa is the type of casting director, because she cares so much about her job and she’s so kind to everyone, that when you go audition for her, you wanna do the best job you can for Alexa, not just to book the job.”

That ease and confidence that Fogel instills in talent, giving them faith they will succeed stepping out of their comfort zone, works both ways. Simon admits there have been times he has “been dubious” that young or unknown performer is ready, “and she has said, ‘he’ll get there, trust me,’” Simon said. “She’s been right, and so I haven’t stopped trusting her yet. It’s been almost 140 hours of TV I’ve done with her.”

In addition to the six HBO series she made with Simon (including, most recently “The Plot Against America”), after “Oz,” Fogel has continued to cast the network’s staple series such as “In Treatment,” “True Detective,” and most recently “The Outsider.” But Fogel hasn’t simply cast the ensembles that came to define the gold standard library of this era of TV, she has branched out and has been at the forefront of its new and evolving face.

“When I was getting ready to cast ‘Pose’ I kept hearing from the people at FX, ‘Oh my God, this woman who was casting ‘Atlanta’ is so amazing. You should meet with her,” creator Ryan Murphy said. At the time, executives had been throwing cold water on Murphy’s dream of an all trans cast.

“She came into my office and was just the most no bullshit person I’ve ever met,” Murphy said. “We were told, ‘Well, you’re gonna have a really hard time finding trans actresses. There’s not a lot of them.’ And then what Alexa did is she said, ‘I’m going to prove them wrong because I know they’re out there. They have to be out there.'”

Fogel put up fliers, visited the ballroom scene, and put out word that she and Murphy were looking for new, authentic trans voices. With the exception of Billy Porter, who was a friend of Murphy’s, she found every single member of the “Pose” ensemble. “This amazing community that was just sitting right there wasted, not given opportunities,” Murphy said. “Her work has opened up a whole future for that community,” But the work, stretching over a six month casting session, went far beyond locating the talent pool.

“The thing that Alexa does is she’s like an acting coach,” Murphy said. “She spends a lot of time with these actors telling them they can do it, rehearsing with them over and over and over and making them feel that they deserve to be in the room, which of course they do, but so many young people don’t feel that way.”

Murphy recalls the “Pose” auditions, Fogel seated to his side: “I could feel her smile, I could feel her giving these new actors confidence, and it was very moving.” Since their “Pose” collaboration, Murphy has turned to Fogel to cast “The Politician” and his upcoming Netflix film “The Prom.” 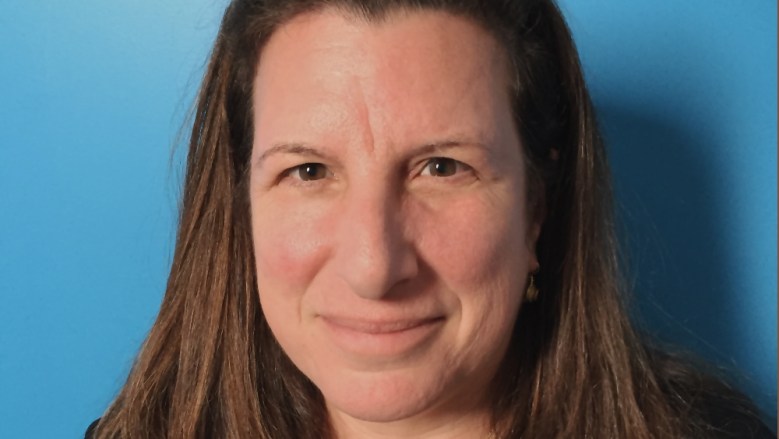