“You cannot believe how many different times I’ve sat in the editing room with them and said, ‘What … what instrument is that?’ It’s them like plucking some string on something in a strange way or hitting something at just the right angle to make a noise as part of it. They can really move things subliminally so well,” “Ozark” showrunner Chris Mundy said.

Makes sense for a pair of composers who continue to use music to open up a portal between worlds, to make the unthinkable seem tangible and bring an alien touch to stories in a more recognizable genre. In the years after the two wrote the music for the 2013 Denis Villeneuve film “Enemy,” their growing resume now includes a number of film and TV projects that seem to thrive on the ethereal; for instance, Bensi and Jurriaans worked on a number of episodes of Brit Marling and Zal Batmanglij’s Netflix series “The OA.”

“Human language is so clunky. I think of language as sort of like a leaden stone. But music is ephemeral. Music can take you there, so it’s amazing to work with them,” Marling said. “In telling stories, you’re always worried, ‘Am I going to be able to cast a spell?’ And I guess you could say that Danny and Saunder are just excellent spellcasters.”

In their most striking work, there’s something alien about their music. What makes their TV work stand out just as much is their ability to take an ear for emotion and bake into the very sonic landscape of whatever story is on display. Jason Bateman, who sought out the pair for “Ozark” and then collaborated again on this year’s HBO Stephen King adaptation “The Outsider,” emphasized the importance of sound on both series.

When they’ve focused their efforts towards a more traditional melody in the world of indie film, the results are no less captivating. The orchestral sweep of parts of their score for the film “5 to 7” back a melancholy love story. Listen to the score for “Wildlike,” which has a final track that — on the strength of just a handful of string instruments — feels like it’s opening up a window to a forest that stretches as far as the eye can see.

Some of Bensi and Jurriaans’ best TV work has come when they’ve melded those instincts to make something that complements the full messiness of humanity. Sometimes that’s meant evolving as the shows they work on have done the same. Mundy points to a Season 3 arc in “Ozark” that involves Wendy’s (Laura Linney) brother Ben (Tom Pelphrey).

“We wanted to build a piece that is Ben and be a little more musical. They did such a good job creating something where it honored how sad it was, and yet there was like a weird beauty in it,” Mundy said. “We don’t use a lot of piano, so what they did with the piano that they used in it — that was a real challenge to be stuck in deep sadness, but have something beautiful come out of this sad thing.”

Their expertise is also coupled with their willingness to rework their compositions in service of a scene. Marling says that on “The OA,” the pair wasn’t precious about retooling entire swaths of score or restarting from scratch. For a series that featured some indisputably bold storytelling and potentially jarring visual ideas, that flexibility was invaluable.

“We would throw these gauntlets at Danny and Saunder. In Part I, the resurrection of a character underground. In Part II, Nina communing with an octopus or when she falls into the tree internet and is experiencing the interconnectedness of the forest. These are things that have no precedent in sound,” Marling said. “What is the musical accompaniment of a tree internet? Who knows? Danny said, ‘I think we need to go lower. I think the sounds need to be unplaceable.’ So we tried some of that at the beginning. And then very suddenly, the scene comes to life because we want to feel like, ‘Oh my God, I’ve fallen into this thing and what’s going to happen to me next?’ That turned out to be the right musical accompaniment for that moment.”

Over time, that builds up a kind of trust that helps all the other storytelling pieces fall into place.
“It gives you such confidence when you’re working with them in the edit room,” Marling said. “No matter all the ups and downs of the days you come into the edit and you’re like, ‘Oh my God, this is all a mess.’ There’s still this feeling that Danny and Saunder are gonna come in and they’re gonna know what to put on this that’s gonna make it work. It’s a great feeling.” –Steve Greene

Credits: “The Outsider,” “Ozark,” “On Becoming a God in Central Florida,” “Fear the Walking Dead,” “American Gods,” “The OA” 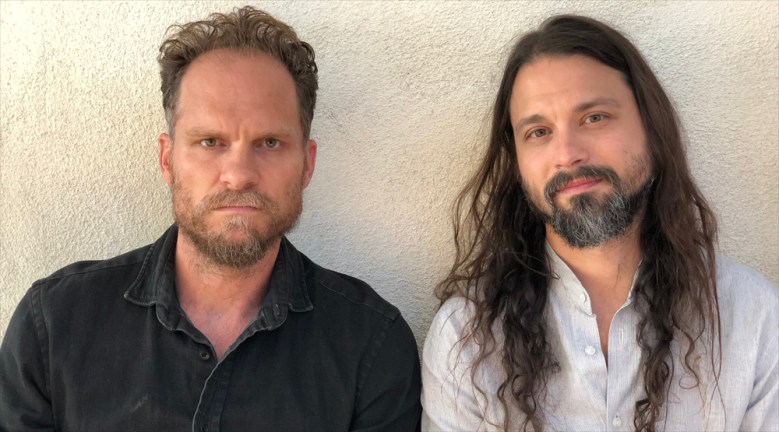