“The Human Voice” might well be the year’s greatest remix. While it marks filmmaker Pedro Almodóvar’s first foray into English-language filmmaking, it’s clothed in so many of the signifiers that have made him a cinematic fixture for decades: the striking colors, a woman at a significant fork in the road of her life, a shocking act that rattles the fiber of the world around her.

It’s also a culmination of sorts for composer Alberto Iglesias, whose collaborations with Almodóvar have been an indispensable part of both their careers. If “The Human Voice” sounds familiar, it’s likely because the music in the 25-minute short film is drawn from a collection of Iglesias’ past scores for Almodóvar’s films. Spanning every Almodóvar feature since “The Flower of My Secret” in 1995, the pair have built a collaborative body of work that spans a quarter century of stories about heartbreak, elation, and every emotional sliver in between.

“It was almost immediate,” Almodóvar said in a recent interview, through a translator, speaking about the genesis of the idea for reinterpreting their past collaborations for “The Human Voice.” “We sat down together and listened again to the different themes that he had composed for the all of the films that he has worked on with me. We tried to match up the fragments with the sequences. In the end, that part was actually very fast to be able to get to the outcome.”

That’s a speed that isn’t always a typical part of this partnership. Almodóvar said that it’s not uncommon for him to spend more time working on the music of a film than shooting the footage itself. There’s an added degree of difficulty in their typical working relationship that comes from how individual their approaches are in practice — though the two will have conversations about the film throughout the production process, Iglesias usually doesn’t start writing music until Almodóvar presents him with a full cut.

“Sometimes [I’m] with Pedro at some of the shooting for one or two moments, only to ask him about if he has any idea about the general shape of the music or whatever is in his head,” Iglesias said. But usually, his first major encounter with Almodóvar’s vision for the film comes after a number of elements of the filmmaking process have largely finished. “I read the script, and I come to the first screening and it’s a very special and very nice moment for me. It’s always a kind of explosion in my mind, and to that I start writing.”

“All About My Mother”

courtesy of The Everett Collection

On a typical film, the two will work for months narrowing down the broad strokes down to their specifics. In one of the key formative steps in the process, as melodic ideas are beginning to take shape, Almodóvar will travel to Iglesias’ home studio.

“When Alberto sits down to compose, I’m there with him. I’m sitting with him and he’s consulting me constantly on his compositions. And he even does some demos for me and plays the themes that he’s composing for me. He’s also a wonderful pianist, a great composer for piano pieces,” Almodóvar said.

Even for those who didn’t see his on-screen dedications to his mother or read the conversations about how much of “Pain and Glory” was drawn from his own experiences, it would be impossible to ignore how personal Almodóvar’s films are, and long they have been. As much as these films become time capsules of sorts for the man behind the camera, the music in them is also intertwined with the person writing it. That begins immediately after Iglesias watches Almodóvar’s initial cuts.

Be sure to check out our exclusive video essays, focusing on Almodóvar, Igelasias, and their shared body of work, below.

“For me is very important to have a fast reaction. Normally, I work very hard the first weeks, trying to understand all the aspects and and to find the things that I haven’t prepared before. It’s like being in a new profession,” Iglesias said. “A film composer writes about the life of others, but part of him is always there, too. I try always to put myself apart and work for the film, but parts of of your life can help you. I’m very sensitive. For example, now that we are living this special moment, I think I write in a different way. I don’t write the same as one year ago. So, life is there.”

This intricate, patchwork-quilt approach to the music of “The Human Voice” only underscores how much this partnership has avoided staying static. In some ways, it’s the natural passing of the torch from “Pain and Glory,” a story that was a synthesis of decades past all its own.

One way that Iglesias achieved that sense of scope was to further the blending of orchestral and electronic textures that have been hovering in his recent work. “Pain and Glory” heightens that contrast by swapping out different instruments as we move through the various stages of protagonist Salvador Mallo’s life. The strings and piano of his youth give way to a wistful clarinet as the adult Salvador grows more introspective. But as his brewing problems with substance abuse begin to cloud both his artistic vision and his everyday life, those lyrical lines get swapped out for those more rhythmic, pulsating digital ideas.

“It has a pattern, a repetitive pattern that makes a big influence. In a way, it stops time. The repetition makes a sequence longer, more introspective. I used it in ‘Pain and Glory’ without knowing why. After that, I understood that electronics are always in the moment when things are not very under control,” Iglesias said.

Speaking with each of them, it’s clear how pivotal “Talk to Her” is in their respective understandings of what they’ve achieved together. The 2002 drama daunting tapestry of a film with an ambitious metaphysical scope, following a pair of unlikely friends — Benigno (Javier Cámara) and Marco (Darío Grandinetti) — who bond over their individual obsessions with two different women in comas. The film, which takes its title from a piece of advice the duo share, traverses the very idea of consciousness and comprehension, while never losing sight of the fact that its universal ideas are grounded in very specific and individual experienes.

The audience has to understand how the men in their lives see the comatose bullfighter Lydia (Rosario Flores) and dancer Alicia (Leonor Watling) as more than patients and more than people, how they’ve become emblems of something much bigger to both Benigno and Marco. Music is also part of what grounds them as individuals with their own lives, including shared dreams and Alicia’s eventual recovery from a coma, which is set to its own score.

Behind the scenes of “Talk to Her”

courtesy of The Everett Collection

Iglesias says that writing the string quartet for the movie’s film-within-a-film and making sure that music for the reveal of a healthy and rehabilitated Alicia wasn’t “excessively epic” are among the greatest challenges of his career. Ensuring that the entire film could stay coherent and not be driven solely by one of its component parts became one of the primary challenges for both men.

Dialogue can inform the connection between image and music, but it’s Iglesias’ perception of the atmosphere surrounding it that ends up making the biggest difference.

“I have to be very sensitive with the little things, the little movements of the camera, the little gestures,” Iglesias said. “In ‘Pain and Glory,’ I felt how much I was influenced by color and light. Sometimes, before shooting, I have some words with the cinematographer about the conception of the color and the light, but Pedro always surprises me. So I have to be very receptive.”

The root of this 25-year back-and-forth seems to be a willingness to follow where the other may lead. Still, as Iglesias has explored all the different ways that one instrument can work in an ongoing filmography — that a muted trumpet can convey memory of time gone by (as in “Bad Education”) and introduce the pricklier layers of an electric guitar (which you can hear in the score for noir-tinged sequences in “Broken Embraces”) — there are plenty of ideas that don’t make it through to the final product.

“When I say he has no ego at all, what I mean is quite often I discard what he’s written. He’s always ready to listen to my viewpoint on it and and then to really put himself in another place,” Almodóvar said. “That’s so important, that flexibility that he has. He’s able to just get rid of the idea he originally had in his head for the music and listen to mine completely and actually move his ideas somewhere else. That says a lot about his versatility and his humility. And that is an important quality.” —Steve Greene

Influencers: Through their decades-long partnership, the pair have constantly refined how sound can be used to shape a viewer’s emotional response. 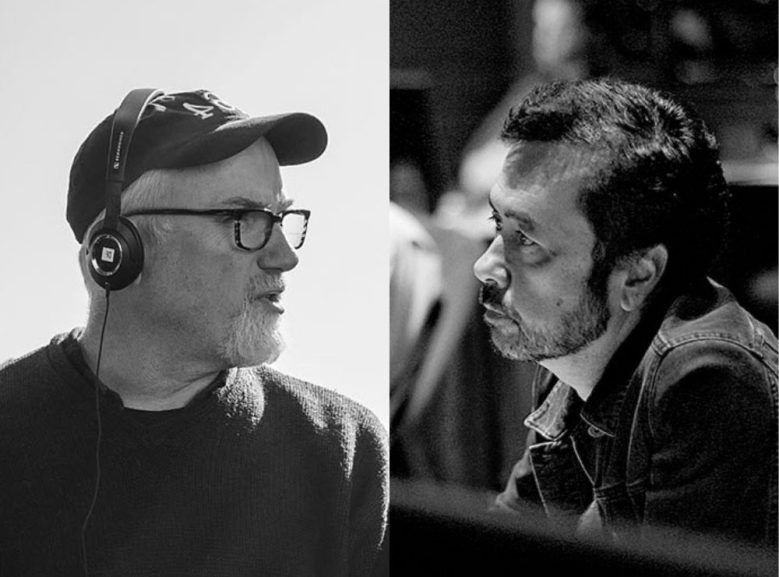 Influencers: The story of how a technology company and a filmmaker collaborated on a breakthrough about to change filmmaking forever... and for the better. 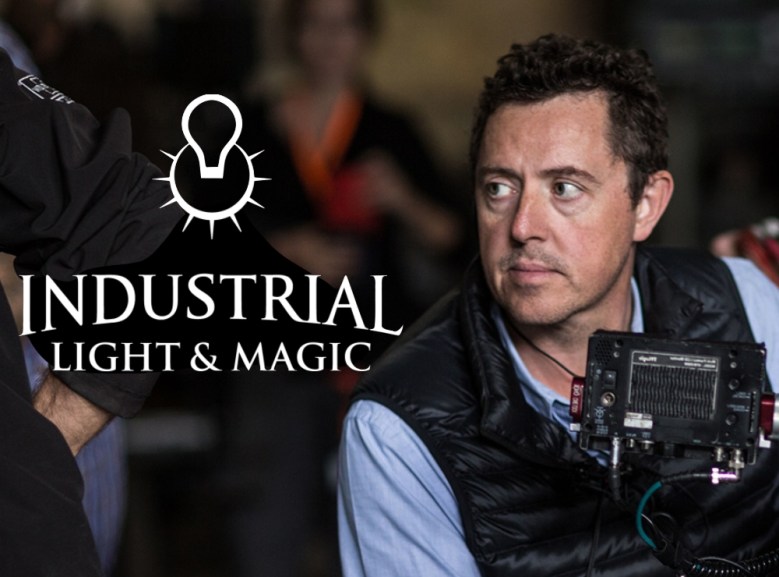 Influencers: Sorkin writes the music, but Maisler picks the instruments and casts the musicians for him to conduct. 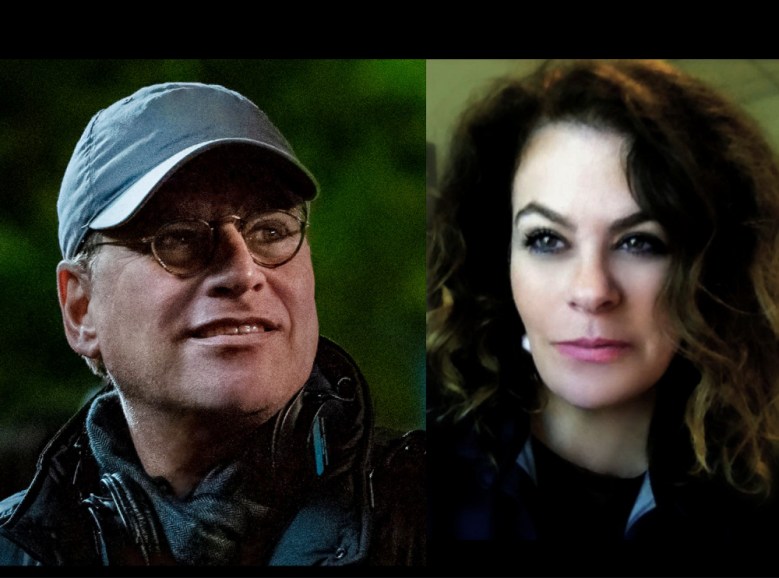 Influencers: Behind the best edited film of the year is the story of how two artists with different sensibilities elevated each other's work. 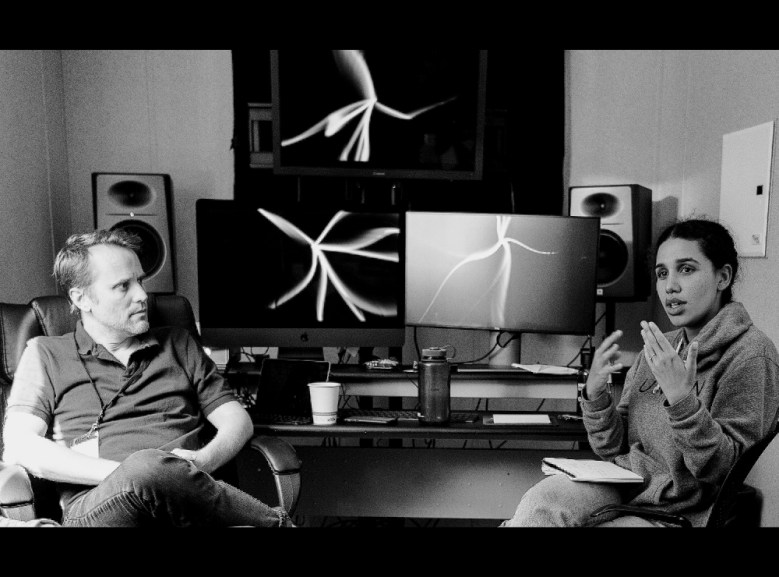