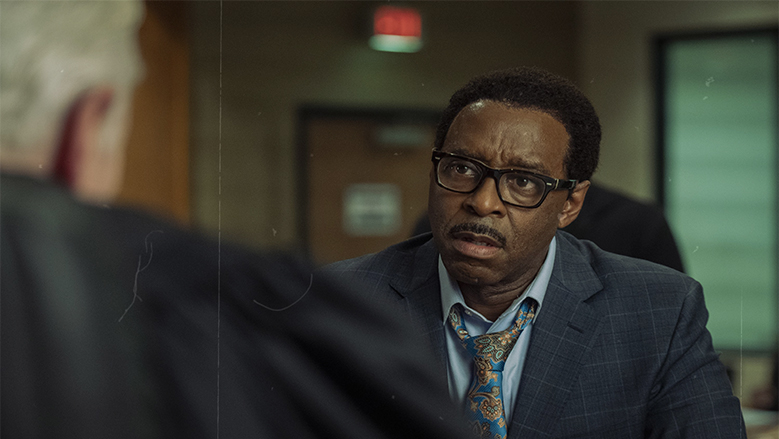 Courtney B. Vance and Andrene Ward-Hammond, two of the stars of the freshman AMC drama “61st Street,” don’t see the ending of their first season, where a young Black American triumphs in court over a corrupt Chicago Police Department seeking vengeance for a cop death.

In fact, the verdict “made me feel the same way that when O.J. was acquitted, in that people just went like this,” said Vance, splitting his hands wide into opposing directions while in conversation with Ward-Hammond for IndieWire’s Awards Spotlight series. “And there never was anybody’s attempt to bring people back together to say, ‘What did you think? What did you feel when you saw all the Black folks celebrate?’”

These themes and questions the actor explored in his Emmy-winning turn as lawyer Johnny Cochran in “The People vs. O.J. Simpson: American Crime Story,” are brought into the 21st century with “61st Street,” showing how little has changed. Pointing to the inciting incident of the series, he added “Ultimately, the husband is there dead, the police officer is still dead. And what, with five children, and [he] didn’t become sergeant, because something’s going down in the police department that’s still to be dealt with.”

Ward-Hammond, who plays the mother of the college prospect put on trial, hopes we are “getting to a place where we can have a conversation about why you feel that a group of people are undeserving of that level of grace, of that level of freedom, and being okay with knowing that you might just be a little racist,” speaking to both the police officers that act like the ones on the show, and the general public who see a Black man in court and assume guilt got him there. “You come with your prejudices and we can still talk about it. And we could but it’s gonna be uncomfortable before it’s not.”

The pair will continue to enact those conversations in the second season of the Windy City drama, coming soon to AMC. Summarizing the thought behind why he seeks unity in these conversations about police reform, sparked by shows like this, Vance concluded with a quote from poet John Donne that went: “Any man’s death or any person’s death diminishes me, because I’m a part of mankind that will never send to know for whom the bell tolls, it tolls for thee.”

For more on “61st Street” with actors Courtney B. Vance and Andrene Ward-Hammond, watch the video above.