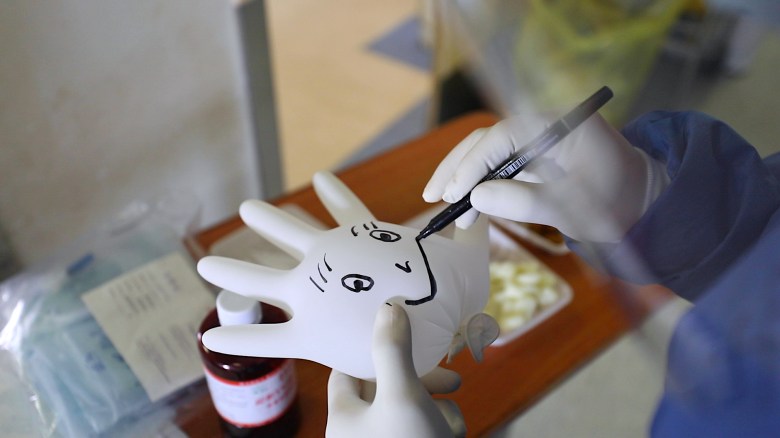 On January 23, 2020 as Wuhan, China (a city of 11 million people) was put under strict lockdown in response to the coronavirus outbreak, director Hao Wu was supposed to fly from New York to Shanghai with his family. Aware of what was happening he decided to travel alone.

The eerie sight of the empty city during Chinese New Year, what is usually one of the country’s biggest holidays, confirmed to him the gravity of the situation. Once back in New York, a U.S. network approached him to make a documentary about the situation, and, though eventually the company dropped out, that was the inception of his feature “76 Days.”

“Because of my experience in Shanghai, [I was] feeling that the outbreak had become personal, so I jumped on. I reached out to filmmakers who had started filming on the ground in Wuhan, over a dozen of them,” said Wu during a Q&A as part of the International Documentary Association’s annual screening series. Watch the video of Wu and producer Jean Tsien’s interview with Editor-at-Large Anne Thompson above.

While the national broadcasters were being cautious because they still hadn’t received directions from the government on how to report on the health crisis, information still got out through social media. Wu recalls there was a WeChat group for all the filmmakers and reporters who were working in Wuhan at that time because they all needed help. Since Wuhan was under lockdown, it was extremely difficult to travel from one part of the city into another.

Soon, Wu settled on two collaborators on the ground who would send him the footage of what they were capturing inside the hospitals. Both are credited as co-directors with Wu. One using his name, Weixi Chen, and the other is listed as Anonymous, because he works for a state-owned newspaper and was fearful of backlash for shooting the reality of the crisis in its early days in a way that might not portray China as positively as those in power would like. Part of what made it challenging was the complete lack of a budget throughout production. They each did what they could to make it a reality.

“Nobody was getting paid. The two collaborators were filming on the ground. I did the editing with Jean’s help. Also for a long period of time we kept this project secret. We didn’t want anybody to know we’re working on this because the COVID narrative had become so geopolitically sensitive. Jean started going out asking for money once we were pretty sure we got into TIFF, so we were looking for finishing funds,” said Wu.

At first they thought they could create an investigative piece to uncover information regarding the response and the virus on a global scale, but they eventually realized they didn’t have the bandwidth, access, or resources to approach it that way. That’s when the film took on more of a humanistic tone even if the PPE prevents us from seeing the subjects’ faces. For Wu, directing the film from the other side of the world in NYC required constant communication with his fellow filmmakers. As he was editing the film, Wu was also dealing with loss. His grandfather had passed away at the beginning of the pandemic. Working on “76 Days” was his therapy.

“When I was editing, I was following basically my emotional response. Because of my grandpa’s death I was feeling guilty. I was feeling a lot of different emotions. Also, that was during the time when Black Lives Matter protests were going on in the U.S, and we were watching the U.S mishandling our own response to COVID-19 here. [I was] able to focus on the actions of these characters, and so I was editing that way without thinking too much about whether I could see their faces or not. But then, now looking back, I think the fact we’re not seeing their faces actually help guide viewers attention to their actions. So we pay a lot more attention to what they do rather than what’s on their face,” noted Wu.

Despite the tragedy that “76 Days” depicts, for Wu and Tsien, the movie celebrates resilience and survival, particularly because the title speaks of a finite number with an end in sight.

“We definitely wanted to track the emotional experience of the city, from the early days of absolute panic, chaos, uncertainty to when things started stabilizing to us emerging out of the lockdown, but still in great sadness looking back. But for us, we were most concerned about tracking this emotional journey, but I guess on the other hand, if you look at it, the fact this had an end, I think for the rest of the world, it actually becomes a hopeful story just because the rest of the world is still suffering,” said Wu.