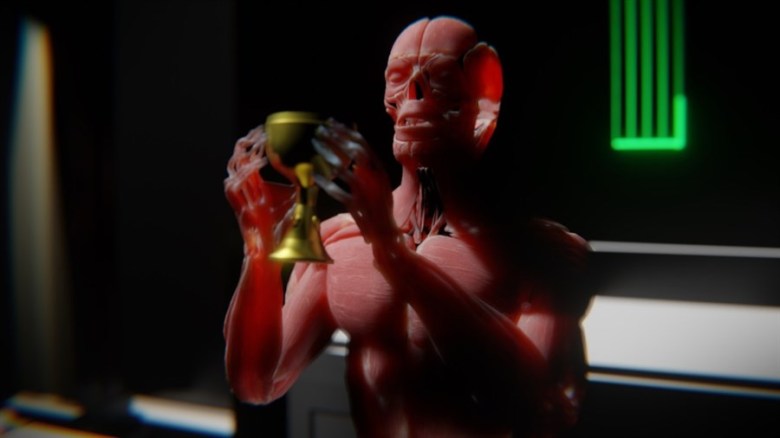 For the uninitiated, it sounds like the mutterings of a tinfoil hat-wearing participant of a conspiracy convention: the theory that humanity and the rest of reality, as we know it, are actually part of a giant simulation akin to a cosmic video game. Rodney Ascher, who tackles the idea in his Sundance documentary “A Glitch in the Matrix,” said he was doubtful that the idea held any water — until he started doing research.

“I was first fairly skeptical. Then as I started reading up on the science of it,” he said in an interview at the Sundance studio, presented by Adobe. “Folks mentioning that quantum physics and quantum entanglements could be evidence of it. And there were Silicon Valley geniuses who were working on trying to break free of the simulation or find the code.

“I was never really able to understand the bleeding edge of that, but it did leave me with a conviction that people who were smarter than me took it seriously. So that, OK, it could be plausible, in its way.”

“A Glitch in the Matrix,” like its creator, is somewhat agnostic to the idea. But using the writings and speeches of sci-fi writer Philip K. Dick, archival interviews with Elon Musk, the work of Plato and René Descartes, and new interviews with everyday people who believe in the theory, Ascher’s documentary makes such a seemingly untenable concept a little more digestible.

The movie premiered in Sundance’s Midnight section. Magnolia will release it in the US on February 5.

Ascher said he got the idea for the film from one of the interview subjects of his 2015 sleep paralysis documentary “The Nightmare.”

“I frankly wasn’t familiar with simulation theory and it took me a little while to understand what he was talking about it,” Ascher said. “I can see the idea getting momentum. If you’ve seen anything I’ve done, you know I’m fascinated by the intersection of fact and fiction. Ideas that seem like they’re from a horror movie, from science fiction, from a place of pure speculative fiction, that bleed into our real life.”

This Article is related to: Film and tagged A Glitch in the Matrix, Direct, IndieWire Studio, Rodney Ascher, Sundance, Video