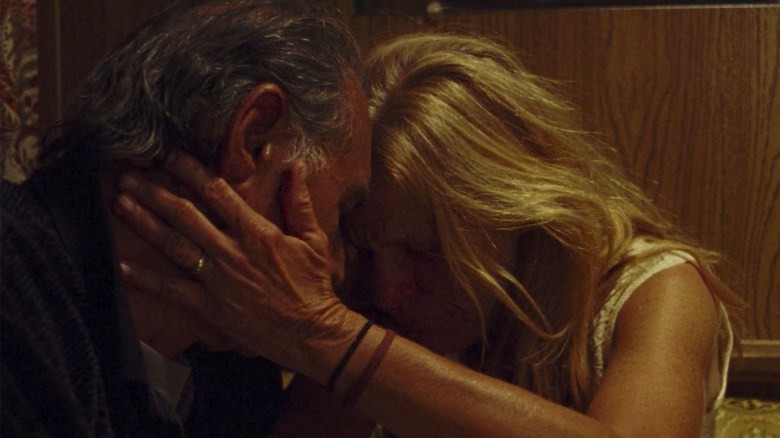 With careers that date back three decades, Wes Studi and Dale Dickey are familiar faces to film and TV lovers. Studi made his name acting in films such as “The Last of the Mohicans” and “Dances with Wolves” before receiving an honorary Oscar in 2019, while Dickey is best known for her Indie Spirit-wining turn in “Winter’s Bone” and as a character actress in shows like “Breaking Bad.”

For his debut feature “A Love Song,” Max Walker-Silverman said it had to be Studi and Dickey in the lead roles. During a conversation with the writer-director and two actors at the IndieWire Studio, Presented by Adobe, Studi and Dickey said that the movie represented roles that went against the grain of their typical jobs.

“I’m usually coming out with a chainsaw or shotgun,” Dickey said.

That’s very different from the quiet, tender performance Dickey delivers as Faye, who reconnects with childhood friend Lito (Studi) against the ruggedly gorgeous scenery of Southwestern Colorado. In fact, the two characters’ kiss represented the first time that either actor has ever locked lips on screen, and the first time that Walker-Silverman ever directed a screen kiss.

Like Walker-Silverman’s shorts, including the 2021 SXSW award-winning “Chuj Boys of Summer,” his feature took inspiration from — and was shot in — an area within an hour of where he grew up. In writing the roles with Studi in Dickey in mind, Walker-Silverman said the actors posses some sort of spiritual connection to the people that inhabit the area.

“You picture an actor when you’re writing a script, knowing at some point, you’re not going to be able to get this actor, and then you’re going to feel like a fool,” he said. “Amazingly, this time both these people came and did it and I wrote it for them because I think they’re stars. It wasn’t an idea about type or traditional roles, or any of that stuff. They’re great and true actors and actors who, when I’ve seen them on screen, I feel like I know that’s a neighbor, that’s someone who raised me, that’s someone who was a character down on Main Street, which is a beautiful and powerful thing.”

And that resonated with his actors.

“I understood Faye so much. I am somewhat of a loner, my husband and I do a lot of camping, and I love the outdoors,” Dickey said. “I was really, really blown away by his direction because it was so simple and quiet and subtle.”

Studi recognized how personal a story the film was for Walker-Silverman.

“I felt honored to be asked because it was a story that was so close to Max’s heart that at times, I would say to myself, ‘Wow, would I have the courage to put out there a story to the public that seems so personal, so human, and so something that everyone can identify with at some point in time in their life?’

Watch the full video with Studi, Dickey, and Walker-Silverman above.

This Article is related to: Film and tagged A Love Song, IndieWire Studio, Sundance