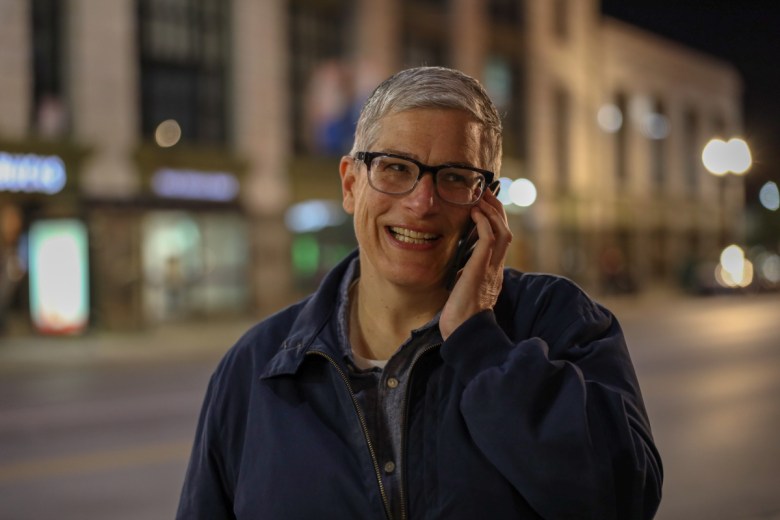 McEnany seems entirely unfazed that it’s taken until this far into her career to breakthrough on the mainstage. But in reality, it couldn’t have happened any other way. “Work in Progress,” in which she stars — in addition to serving as executive producer and writer alongside Mason and Lilly Wachowski — belongs among television’s version of autofiction.

Autofiction is a term popularized in literary circles to describe fictionalized autobiographies, and while it’s not a perfect way to characterize the small personal shows drawn heavily from the creator and star’s life — see also “Better Things,” “Ramy,” and, yes, “Louie” — it does allow for the blurring of lines with reality, creating a universe that’s more real than real and imbuing the the show’s fictionalized world with an unrivaled intimacy.

In “Work in Progress,” that means clear-eyed conversations about gender and sexual identity, about bigots and body image, about mental illness and suicidal ideation, but also about family and relationships and friendships and love and self-loathing and about, honestly, just how ridiculous life is most of the time.

“I would always say, ‘The story is about a fat, queer, dyke,’ and when we went to press with marketing and stuff, it was always ‘self-identified,’” McEnany said in our video interview, laughing over how important it was that everyone made sure that it was her own words describing the show that way, delineating between self-identification and what others might term slurs.

To speak with McEnany as IndieWire did in our Spotlight video above is to engage with a brilliant creator, an ebullient spirit, and a person who understands the the darkest parts of the human spirit, as well as the absolute absurdity of human existence and isn’t afraid to speak frankly about either.