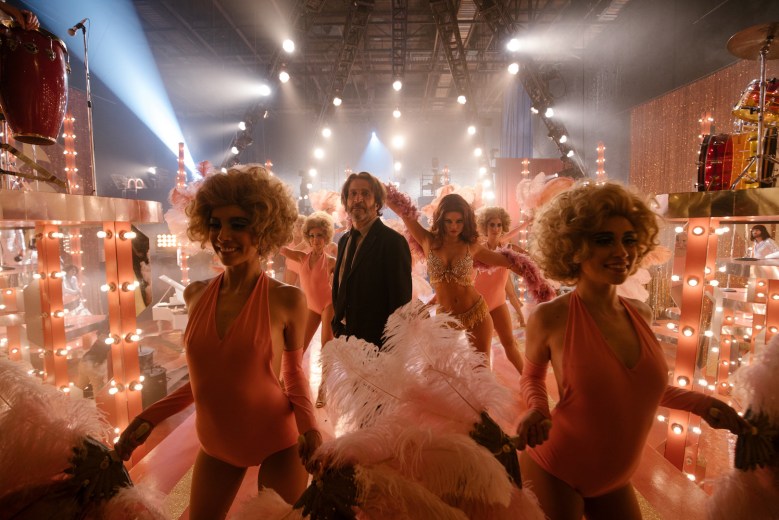 The concept of the “bardo” may have its roots in Buddhism, but in Alejandro G. Iñárritu’s new movie, it has much broader implications. With “Bardo, False Chronicle of a Handful of Truths,” the filmmaker follows the experiences of successful documentarian and journalist Silverio Gacho (Daniel Gimenez Cacho) as he returns to his native Mexico after finding success in the U.S. The surreal experiences that Silverio faces as he reorients himself in his old home are an extension of his growing realization that he no longer belongs in the world he left behind.

“This film, for me, is a walk in the consciousness of a guy who is realizing all that he is not,” Iñárritu told IndieWire in an interview in New York, where he was joined by his lead actor. The filmmaker added that “bardo” for him is a life-changing revelation that comes when we “realize all that we are not and let it go.”

As Silverio confronts that realization, he explores his past through a series of dreamlike encounters, including a reunion with his late father and a lively dance number set to an a capella rendition of David Bowie’s “Let’s Dance.” Elsewhere, Silverio contends with the profound connotations of Mexican identity, including one imaginary sequence in which he speaks with Spanish conquistador Hernán Cortes. Iñarritu said these scenes all reflect Silverio’s identity crisis. “When you realize that the self has been built and constructed, suddenly you realize all that you are not,” he said. “You are not Mexican. You are not American. You are not left or right. Suddenly all the things you are not is liberating, it’s terrifying, and that’s bardo. That’s where this guy is — that’s where I am in my life.”

Given this admission, it might seem obvious that “Bardo” is inspired by Iñárritu’s own life experiences. (“Bardo” is his first film in Mexico since “21 Grams” nearly 20 years ago.) However, the director was adamant that even if he relates to the “bardo” experienced by Silverio, the character is not exclusively based on his creator. “Autobiographies are lies,” Iñárritu said. “I have to betray reality in order to have access to a higher truth. Fiction reveals what reality hides.” However, he admitted that there was a non-fiction foundation at the root of the story. “All these things come from a very interior and personal perspective that speaks to universal themes that I’m confident can be attached to every human being,” he said.

In that sense, Cacho added, he was able to build his own relationship to Silverio in order to play him. “It was never a matter of portraying him,” he said. “It very easily became my story.”

Cacho, who has worked with revered filmmakers ranging from Lucrecia Martel (“Zama”) to Apichatpong Weerasethakul (“Memoria”), said that he didn’t require much backstory to grasp the character’s internal conflict. “I didn’t have to build it,” he said. “I just had to be in a very deep and close contact with myself.”

That process was especially potent in the scene from the movie where Silverio — shrinking to the size of a child — embraces his late father. Cacho said he felt the presence of his own late father on the set that day. “I was really shocked,” he said. “I had never had any contact with him. … I said, ‘Father, oh my god, welcome. This is Alejandro. We’re shooting a movie here.’ It was a very, very strong experience for me.”

Watch the full interview below. “Bardo” is now in limited theaters and available on Netflix starting December 16.

This Article is related to: Awards and tagged Alejandro G. Iñárritu, Bardo, Consider This International