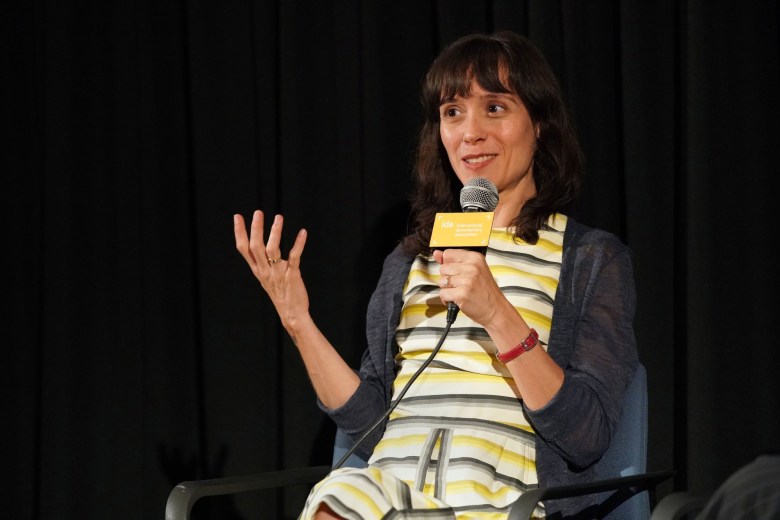 There was no guarantee that any of the first-time candidates running for political office in Rachel Lears’ documentary “Knock Down the House” would win their respective races — let alone become a standout figure among the congressional class of 2019.

Lears began following now-Rep. Alexandria Ocasio-Cortez during her primary challenge of incumbent Democrat Joe Crowley in the most recent midterm elections. AOC would go on to win New York’s 14th congressional district. But before that, she was a geographically convenient subject for New York City-based filmmaker Lears.

“We were able to do a little bit more filming with her at that early stage of the project when we didn’t have external funding, just fitting it in between freelance jobs at the time. But then it was a process of several more months of figuring out who else would be in the film,” Lears said at a Q&A following an International Documentary Association screening in Los Angeles.

The film follows the primary races of four progressive Democrat candidates — Ocasio-Cortez, Amy Vilela, Cori Bush, and Paula Jean Swearengin — endorsed by the organizations Justice Democrats and Brand New Congress and running for public office for the first time. Initially, Lears planned to follow Justice Democrats candidates who eschewed corporate donations and were supporting each other through the primary process.

“I was really interested in the idea of solidarity and people from different parts of the country from different backgrounds coming together to really work on a collective project — running for office — not just alone, but on this slate. So we never considered candidates that weren’t on those slates. I think I interviewed about 25 candidates. I interviewed many men as well. The original idea for the project was more about outsiders, people who had not run before, people who had not held office before who these organizations were tapping through the nomination process and convincing to run and then supporting those campaigns,” Lears said.

That’s why other House superstars like Ilhan Omar, Rashida Talib, and Ayanna Pressley were not considered — they’d all held office before. And while Ocasio-Cortez was the easiest candidate Lears connected with, the rest of the four women profiled in the film were ideal because of their “very strong personal stories of overcoming hardship and loss and pain, and even trauma, to find strength and turn that into a drive for positive action,” a theme that drew her to each of them. Geography and timing played a role as well.

“We wanted to really make this a national story, so the fact that they were from different regions and from different backgrounds and that together they could represent something that was more than the sum of the parts was also a huge factor,” she said. “And their primaries had to be on different dates because we did not have the budget to have multiple crews going around.”

“There was a level of trust that we needed to build by letting them know where we were coming from, the types of stories we tell,” Lears said.

“Knock Down the House” is available to stream on Netflix. And yes, Lears confirmed — some of the candidates who didn’t win their races are planning on running again.

This Article is related to: Film and tagged International Documentary Association