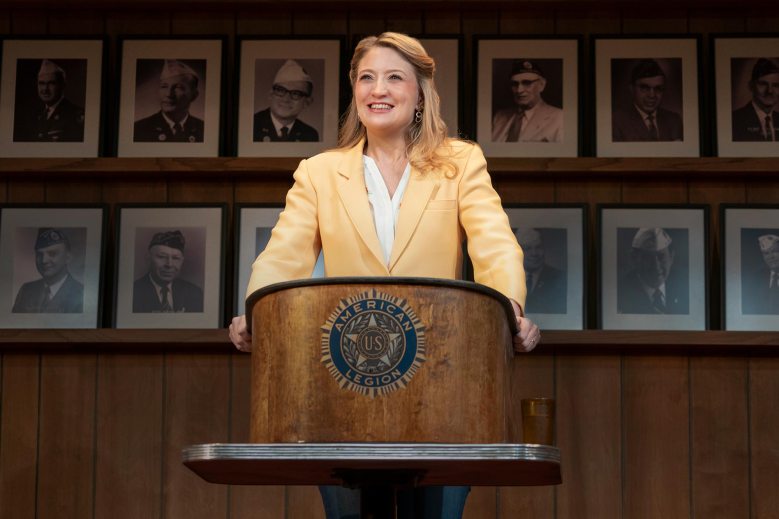 With the election just a few weeks away it might be time to brush up on the actual document used to found our country: The Constitution. Thankfully, playwright Heidi Schreck is here to give you a crash course on what the constitution means to her and, by extension, to all of us, in the above clip.

“What the Constitution Means to Me” premiered on Broadway in 2019 and during the final weeks of its run was filmed by acclaimed director Marielle Heller, helmer of “A Beautiful Day in the Neighborhood” and “Can You Ever Forgive Me,” and streaming on Amazon Prime Video. The play sees Schreck recount her time as a teenager who traveled the U.S. giving a speech on the play’s eponymous title. As Schreck recites the speech she comes to realize that the Constitution’s flaws might be more than she can stand.

The clip sees Schreck, portraying her teenage self, recounting the story of Planned Parenthood head Estelle Griswold whose Supreme Court Case — Griswold v. Connecticut — saw the legalization of contraceptives for women, barring they were married and had their husband’s permission of course. Schreck uses the case to discuss the importance of the Ninth Amendment to the Constitution which, according to her, not every Supreme Court Justice actually understands.

“What the Constitution Means to Me” received solid reviews throughout its run and was nominated for two Tony Awards for Best Play and Best Leading Actress in a Play. It would also win an Obie Award for Best New American Play. The show also attracted serious fans during its run, including Hillary Clinton, Meryl Streep, and the late Supreme Court Justice Ruth Bader Ginsburg.

Schreck’s play is a heartbreaking mix of stories deeply associated with her own life and childhood, as well as the cold facts about how the Constitution often excludes minority communities, particularly women and people of color. Considering the arrival of the election and the Supreme Court confirmation hearings now seems like the perfect time to brush up on a flawed document in a way that’s humorous and informative.

“What the Constitution Means to Me” is on Amazon Prime Video.

This Article is related to: Television and tagged Amazon Prime Video, What the Constitution Means to Me