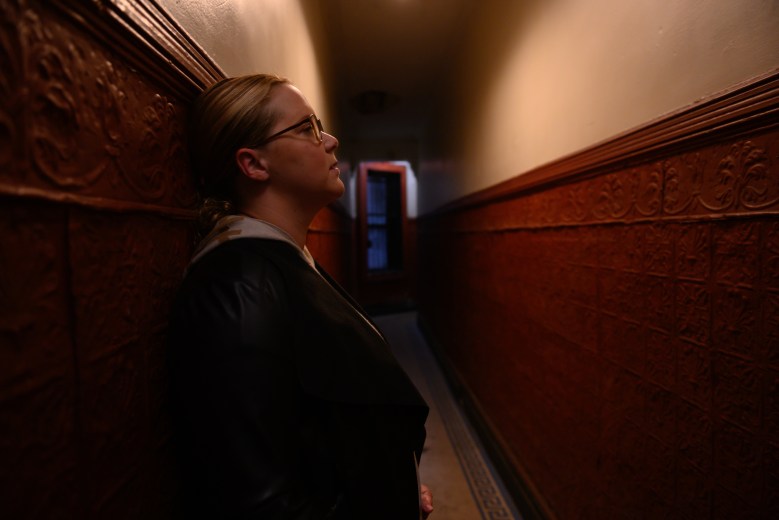 Before she rose to fame as a stand-up comic, earned an Emmy for her Comedy Central sketch show, and wrote in and starred in comedies like “Trainwreck,” Amy Schumer studied theater and went to the William Esper Studio. She called on that early training for her role in “The Humans,” Stephen Karam’s feature adaptation of his Tony-winning play about a dysfunctional Thanksgiving.

“Stephen’s writing, it was like ‘Oh wow, this is such an opportunity to use that training,'” Schumer told IndieWire’s Eric Kohn, in a recent interview you can watch above. “When I think of the idea of acting in this capacity, it’s such an escape. The same with writing I find — you kind of go into a zone where you’re trapped, almost. This script to me was like being trapped in a nightmare, which is, I think, how acting should feel.”

“The Humans” stars Richard Jenkins and Jayne Houdyshell as Pennsylvania parents who gather three generations of his family to celebrate Thanksgiving: There’s the grandmother (June Squibb), suffering from dementia, and daughter (Amy Schumer), on her own after a painful breakup. The unnerving affair is hosted at the small, creepy lower Manhattan apartment of another daughter (Beanie Feldstein) and her partner (Steven Yeun).

Schumer said the picture of an American family offered by the script was a great opportunity to use her Esper training. The studio employs the Meisner technique, which is focused on encouraging students to work on instinct and building connections with other actors.

“I just really liked that technique and the idea of living truthfully under imaginary circumstances, so you really overprepare. You’re able to just leave yourself alone and put all your attention on the other person, just live it out,” she said.

She said many comedians are pigeonholed from the early days of their careers: She recalled one early photoshoot where she was playing drunk.

Larry David, Jeff Goldblum, Tony Hale, and Tracee Ellis Ross are among others who studied at the William Esper Studio. Schumer said she recommends the training to many comedians, because vulnerability is something that makes a comic actor have real staying power.

“So many people get into standup because it’s this sort of facade of control for people who’ve been deeply hurt. This is just my philosophy — I think a lot of great actors have also had a lot of trauma. I think the combination of both is really helpful and I think the most interesting performers and standups aren’t afraid to be vulnerable, even on stage when you’re supposed to have total control of the room,” she said.

A24 released “The Humans” in theaters in October and on Showtime. It’s currently airing on the cable channel and on the network’s streaming platforms.