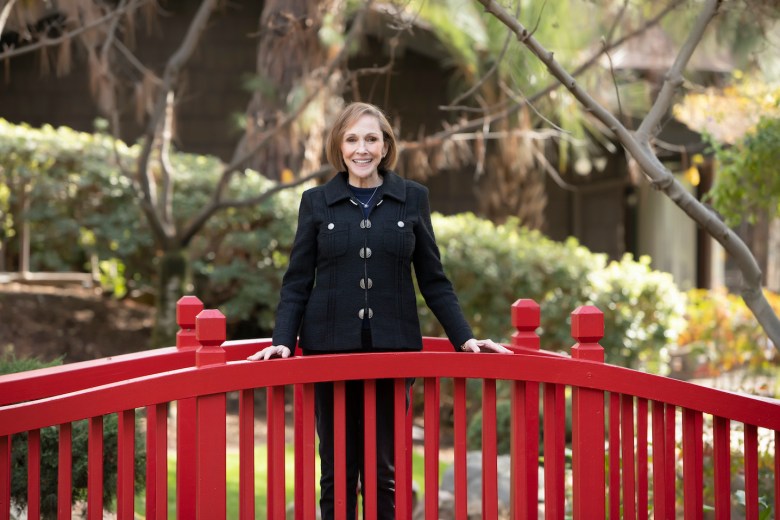 Nearly 40 years after the broadcast of the landmark PBS documentary series “Cosmos: A Personal Voyage,” the latest iteration of the franchise, “Cosmos: Possible Worlds” debuted on National Geographic, with an experienced voyager at the helm.

In 1980, Ann Druyan co-wrote “Cosmos” alongside Steven Soter and Carl Sagan. And while it was Sagan, the working man’s astrophysicist and astronomer, who became the face of the series, it’s Druyan — the pair married in 1981 — who has kept the “Cosmos” legacy alive in the wake of Sagan’s untimely death in 1996.

“Possible Worlds” premiered March 9 on National Geographic, hosted by Neil deGrasse Tyson and executive produced by Druyan, Brannon Braga, Seth MacFarlane, and Jason Clark and while it has completed its run, is scheduled to re-air on Fox in the fall.

Serving as an executive producer, writer, and director on “Possible Worlds” alongside Braga, there is no one better equipped to ruminate on how things have changed in the creation of the franchise than Druyan.

“The first ‘Cosmos’ was 40 years ago and we were using what were then truly state-of-the-art VFX capabilities for television,” she said in our video interview. “Green screen was something rarely used before and we leaned on it very heavily for the first Cosmos. So that’s changed, because our ability to simulate the stunning beauty of the cosmos revealed by science has grown by leaps and bounds.”

A slight departure from “A Personal Voyage” and 2014’s “Cosmos: A Spacetime Odyssey,” “Possible Worlds” looks to the future and the wealth of options it holds for a motivated populace, even as climate change and anti-science rhetoric threatens a more hopeful outlook.

Despite such sizable obstacles, Druyan continues to choose hope. And for good reason.

“Science has delivered the goods, across the board. It’s one of the reasons I’ve spent my whole life celebrating it. You can have a leader who has total contempt for science, fire the rapid response team that’s scanning the horizon for the next virus or bacterial epidemic. You can take your magic marker and blot out things you don’t like on the weather map. You can fire and purge every single scientist who has the courage and integrity to report their findings on climate change. But when there’s a global pandemic, who you gonna call?”