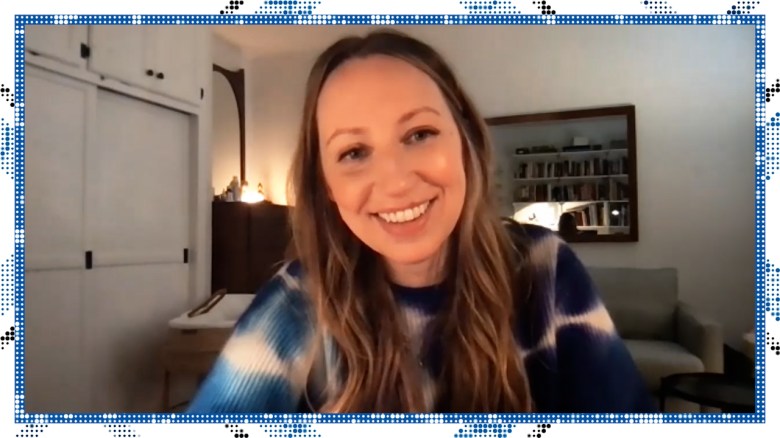 Some people labor under the misconception that a soulmate is synonymous with the love of your life, relegated exclusively to romantic relationships, fodder only for those seeking their ain true love. (Yes, it’s a “Cold Mountain” reference. Leave me alone.) But that’s misguided. After all, love isn’t exclusionary. People love far more people in their lives than those they want to smooch. There are parents and grandparents, co-workers, collaborators, mentors, mentees, and perhaps more importantly, friends, to name a few, all of whom people might harbor feelings of good will and connection and, yeah, love for.

That’s what I think about when I think about Anna Konkle and Maya Erskine, two best friends who, alongside Sam Zvibleman, created one of TV’s finest comedies in Hulu’s “Pen15.” In the series, Konkle and Erskine play 13 year-old autofictionalized versions of themselves in 2000, but surrounded by actual, real-life 13 year-olds.

It’s a show that shouldn’t work. There’s no way that two women in their thirties should be able to surround themselves with tweens, act like tweens themselves, and produce something that can sustain humor for longer than a typical “SNL” sketch. It should be weird. It should be uncomfortable. And it is those things. But it’s also lovely and funny, crushing and embarrassing. It works because Konkle and Erskine will it to work. That’s what soulmates do.

Despite what you might expect, given the show’s premise, the pair of women didn’t actually grow up together. It wasn’t until both were enrolled at New York University, studying abroad in a theater program in Amsterdam, that they first crossed paths. They’ve been best friends ever since.

The show works, in no small part, because of the relationship between the women. They, along with a crack team of writers and Zvibleman behind the camera, create an environment where audiences can revisit those things that they didn’t have the tools to process when they were young and aid them in finding the unavoidable humor — and unimaginable hurt — in their pasts.

“It’s cathartic to talk about things that you’ve been told not to talk about, but it’s still scary,” Konkle said in a recent interview with IndieWire. “I still get that twitch of, ‘No, you’re not supposed to talk about that!’ and I have to think through that and go, ‘No. It’s fine.'”

In this case, Konkle is discussing the Anna’s storyline in Season 2 in which her parents start moving towards divorce and all of the pain and upheaval it brings. The tale is meaningful to Konkle because it’s her story. She was just about that age when her own parents separated, splitting the house between them for two years, every room a potential battleground.

“I was saying to Maya recently that the reality is, I spied on my parents fighting all the time, but I never watched with anybody. It was a secret,” she said. “I learned as I got older to make jokes about it, I’d be like, ‘Yeah, my parents fucking hate each other, whatever,’ as a joke, but I didn’t tell people the depth of what it was. I felt shame about it.”

“So it was really amazing getting to watch with [Maya] in that scene and rewrite history. I’m not going upstairs to my room alone and crying. I’m being pulled out of the situation by my best friend into the woods to play pretend.”

It’s this experience that Konkle wants to recreate for audiences. Yes, you were alone, but you don’t have to be now. It’s a safe — hilarious — place where we can finally talk about all those subjects that isolated us as teenagers, only discussed in hushed whispers and thrown off jokes. And sometimes never at all.

“I think the surprise has continually been that the more specific, shameful, secretive the story is, the more people will relate to it. I think our assumption had been, okay, the more specific we get, the more we’re going to alienate people, but that’s our individual story, so it’s important,” Konkle said of feedback they’ve heard from the show’s audience. “The more specific the story is, the more messages we get that are like, ‘Literally these five things all happened to me and it’s like out of my diary,’ you start to realize how universal the shame is. Maya and I have each other to encourage the other to talk about [these memories] and say, ‘Wait, no, that’s important’ or ‘That happened to me, too,’ but we’re best friends and it’s easier for us to encourage each other.”

And while “Pen15” is always anxious to include the views and experiences of its minor — literally, they’re minors — male characters, Konkle and Erskine are continually struck by how taboo subjects relating to women are. Konkle even points out that it’s nothing new, that it shouldn’t be surprising that it’s surprising, and yet, it is. “We keep being surprised by how many of the female-centric things, we’re just innately shamed by. We all walk around with our period, we all get it at this age. And yet, it’s this huge secret and it remains to be. I’m in my 30s and I’m still like,” her voice drops to a whisper, “‘Do you have a tampon?’ Why does it have to be like this? We’re all experiencing this and we’ve all been trained to not talk about it.”

“I remember there was a rumor that went around about me in seventh grade that I masturbated with an ice cube. Which is another whole story,” she said, before pivoting to her own self-perception. “And it must be a reflection of something that’s wrong with me, you know? Then you realize that it’s a pervasive issue that we’ve all been taught.”

But the shoe is now on the other foot. In their downtime during the pandemic, while furiously trying to edit Season 2, both Konkle and Erskine became pregnant and delivered their first children within mere months of each others. [Coincidentally, the reason Erskine was unable to join us for this interview.] See? Soulmates. Now it’s Konkle’s turn to be the guiding light in her daughter Essie’s life and as much insight as she’s gleaned revisiting her own past, she still has her doubts.

“There’s a whole element of social media that I can’t relate to,” she said. “I was just telling Alex [Konkle’s husband], that there’s so much that I obviously do relate to about being young. And if it was the year 2000 still, I’d be good. I wonder if that’s what our parents felt.”

Of course Konkle is a special case, as Essie will have more than just typical parental generation gap issues to deal with. There’s also “Pen15.” “I mean, I wonder how she’ll feel when, someday, I hope, she watches. I think she’s gonna be like, ‘You’re so embarrassing,’ because that’s probably what I would have said.”