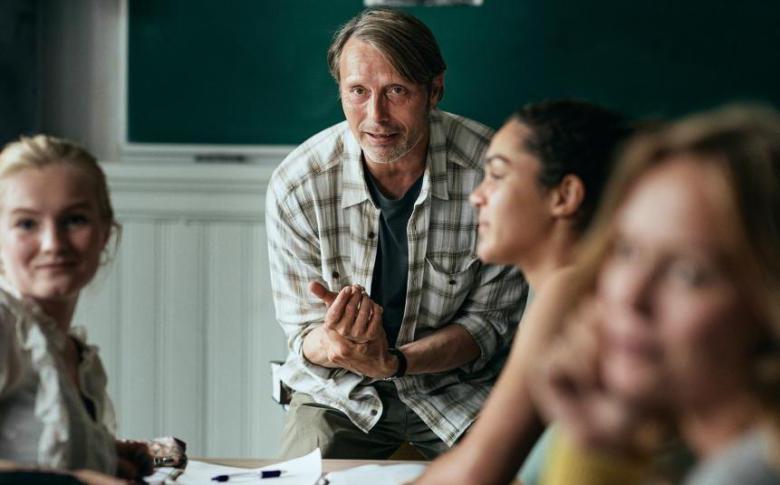 “Another Round” filmmaker Thomas Vinterberg was in Denmark, Luca Guadagnino was in Italy, Mira Nair was in India, and Guillermo del Toro was in Los Angeles, but their warmth in the Zoom was palpable. As the storytellers gathered to celebrate Vinterberg’s Oscar-nominated film, they all remembered the first time that he caught their attention: It was the 1998 “Festen” (“A Celebration”), a Dogme film that, true to its manifesto, didn’t credit its directors.

“I think that great filmmaking comes out of restrictions,” said del Toro. “It can be time, money, or self-imposed ideas. The real power of water comes by the pressure of it. This is like a pressure wash of everything that is done in a boring way, inherited from generations of filmmakers that may be out of touch with who we are now.”

The success of “A Celebration” propelled the filmmaker to seek other ways to express himself outside Dogme, including “It’s All About Love” (2003) starring Joaquin Phoenix, Claire Danes, and Sean Penn (“Unsung,” Guadagnino said of the film), and more recently, Oscar-nominated “The Hunt” (2012) starring Mads Mikkelsen.

Vinterberg developed “Another Round” with Tobias Lindholm and four top Danish actors, led by the incomparable Mikkelsen. It’s the story of four teachers who embark on a daring experiment — continuous alcohol consumption! — to break away from their dreary lives. “The audience is made unaware of the way this great director drives you through the story,” said Guadagnino, “and makes things powerfully, universally, touching your guts… It is a movie that is very serene, that doesn’t look for the trappings of drama. Everything is seemingly natural and life-reflecting; at the same time, the serene approach of the movie is heartwarming. It takes a strong point of view to do that.”

“As it grows it has that rigor of taking you on a journey in which you see yourself,” said Nair. “Denmark becomes our society. ‘Another Round’ shows a seeming casualness that belies a great rigor. It makes us see ourselves.”

Shot while Vinterberg grieved the sudden death of his daughter Ida in a car accident, Vinterberg soldiered through to create an optimistic movie that winds up with a tour-de-force finale as trained dancer Mikkelsen’s mournful teacher leaps into an exuberant dance to life. “He’s possessed by a spirit,” said del Toro. “The spirit rides him into dancing. The entire movie has been about choosing fear or choosing love and life. And at the final moment, he chooses life.”

“It’s not just the character finally releasing his own energy,” said Guadagnino. “It’s about Mads and Thomas creating that sequence, which is going to be remembered for ages.”

“This film is about living, as opposed to existing,” said Vinterberg. “It’s about putting yourself at risk to remain curious. You have to expose yourself to life… you have to reinvent yourself, to remain yourself.”

Check out this engaging dialogue at full length at the top of this page; the panel celebrates Vinterberg and Mikkelsen, deconstructs that last scene, and names their favorite movies about alcohol, among other things. “Another Round” not only swept the European Film Awards, but landed Oscar nominations for both Best International Feature and Best Director.

“Another Round” is now streaming on Hulu.