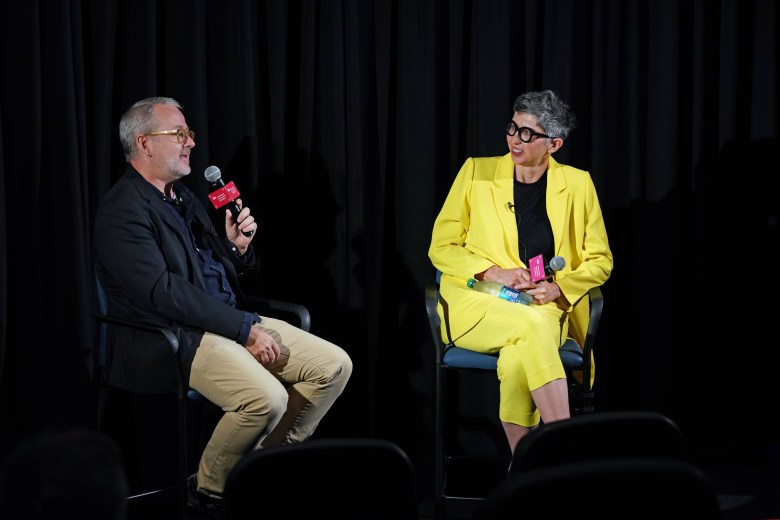 From Morgan Neville’s perspective, Anthony Bourdain would approve of the creativity the filmmaker employed when making his latest documentary, “Roadrunner: A Film About Anthony Bourdain.” The film made headlines in July when Neville revealed that he’d used artificial intelligence to recreate the late literary and TV phenom’s voice for three different passages.

The voice of “Parts Unknown” host Bourdain, who died by suicide in 2018, narrates the entire film thanks to the two decades worth of interviews, television voiceovers, narration, and other footage that Neville and his team combed through as they researched Bourdain’s rise to fame and the final years of his life. The Oscar-winning director (“20 Feet From Stardom,” “Won’t You Be My Neighbor?”) told IndieWire Editor in Chief Dana Harris that there were just “three small passages” that needed enhancement, and that using AI was part of the plan all along.

“Part of the experience of watching Tony on television was his voice. His point of view is what made those shows,” he said in a Q&A as part of the International Documentary Association’s annual screening series. “And if you actually — as I have — take his voiceover out of the shows, they’re very strange and melancholic ruminations of visitations of countries around the world. His point of view does everything to those shows. I just felt like to do a film and not have his point of view expressed would be wrong.”

When he brought up using AI, “everybody liked it. Nobody said anything about it. Nobody ever had a question about it.” But it wasn’t something he planned to lean on.

Said Neville, “The first thing I did is I went through every interview he ever did. Every podcast, every book on tape, every voiceover session, took every idea of his I liked. I put it into a spreadsheet. And then I sorted it by idea. I have this 500-page binder of Tony talking about everything. That got us almost all the way there.”

In one scene, Neville decided that a description of falling in love with Vietnam that Bourdain wrote later served footage far better than the original VoiceOver he’d recorded for his first show, “A Cook’s Tour.” “So I used it,” Neville said. Simple as that.

The scene that made headlines in July, however, involved the voice of Bourdain himself reading a particularly melancholy email he wrote to friend David Choe. The fact that no one actually had a recording of Bourdain reading his own email “seems obvious,” Neville told Harris. The snippet in question is about 45 seconds long.

“The funny thing is, it’s very unusual — very unusual — to make a documentary about a subject where you have actually read hundreds of memos they’ve written on edits, and what they think, what their opinions are about things,” Neville said. “Basically, to synthesize Tony’s opinion on how to approach an edit is to break every fucking rule. If you play it safe, you failed. Be punk rock. Take no prisoners. Challenge all the norms. And so I said, ‘well, here we go. Tony’s telling me to do this.’ And I’m still glad we did. I stand by it.”

Watch the full IDA panel above.