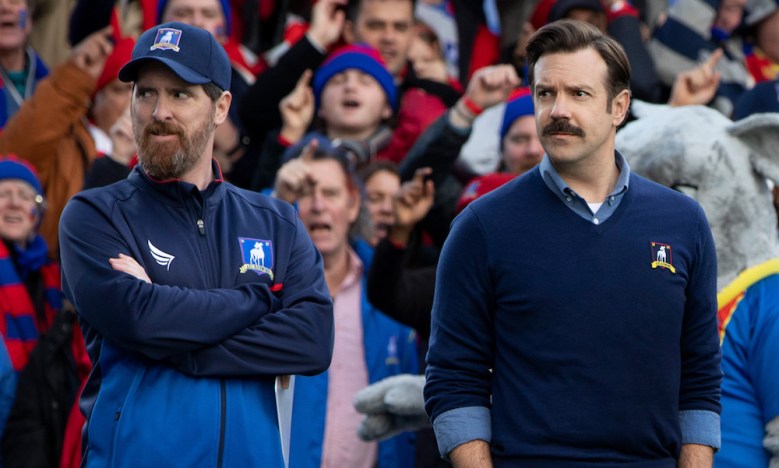 Believe it or not, it’s been a whole year since Apple TV+ made its bow, the first in a new generation of streamers to enter an already competitive field. The past year has seen several other platforms wade into the streaming pool, including Disney+, HBO Max, and Peacock. Quibi was also invited to the party but wasn’t a strong enough swimmer to make it out of the shallow end, faltering just six months after its April launch.

As for Apple TV+ specifically, there have been some highs, more lows, but mostly a nebulous in-between for the TV branch of the tech giant. The platform made a big splash with its signature series “The Morning Show,” boasting Jennifer Aniston’s return to television — other than guest appearances, of course — after an Emmy-winning, 10-year stint on “Friends” from 1994-2004. With Reese Witherspoon and Steve Carrell alongside Aniston, as well as high-level talent behind the scenes, including Mimi Leder and Kerry Ehrin, “The Morning Show” seemed prime to take the industry and associated awards ceremonies by storm.

The reality was something significantly more subdued. The reviews upon launch for the series were soft, and though some critics came around by the conclusion of the first season it’s unclear how much penetration the show made within the larger culture. As for awards prowess, “The Morning Show” earned three Golden Globe nominations but went home empty-handed. It also received three nominations at the Screen Actors Guild Awards where Aniston won Outstanding Performance by a Female Actor in a Drama Series, as well as eight Emmy Award nominations, with one win for Billy Crudup in Outstanding Supporting Actor in a Drama Series.

But there have been other bright spots in the streamer’s first year. Limited series “Defending Jacob” seemed to garner some level of cult fandom online, if only because of leading man Chris Evans in his first regular TV role in two decades. Which is to say nothing of the warm reception, critical and otherwise, for recently released Apple TV+ comedy series “Ted Lasso” starring Jason Sudeikis as an American college football coach hired to head up a professional soccer team despite his complete lack of professional bonafides. Apple is so keen on the series that it’s been picked up for not just a second, but a third season already.

That said, not everything has been rosy in the first year. The streamer still lacks a significant library, making it an outlier among other streaming options and in May, Bloomberg reported that Apple TV+ had 10 million subscribers, but that only about half of that number were actively using the service.

Is that enough to make for a happy Apple or are big changes in store in the year to come?

We dissect a year in the life of Apple TV+ in this week’s episode of IndieWire’s TV podcast “Millions of Screens” as hosts Deputy TV Editor Ben Travers, Creative Producer Leo Garcia, and TV Awards Editor Libby Hill pull apart the specifics of a streaming service that desperately wants to be your one-stop shop for prestige TV and how to move forward after a tumultuous first year of life.

Stay tuned as Ben goes long — like, really long — on HBO’s decision to pass on a second season of breakout hit “The Outsider” as well as speculation over who best could support another season of the series now that it is a free agent. In keeping with ongoing social distancing mandates, this week’s episode was again recorded from the comfort of everyone’s respective Los Angeles-area apartments and we’re again offering viewers a video version of the podcast, as embedded above.

This Article is related to: Television and tagged Apple TV Plus, Direct, Millions of Screens, Podcasts, Video