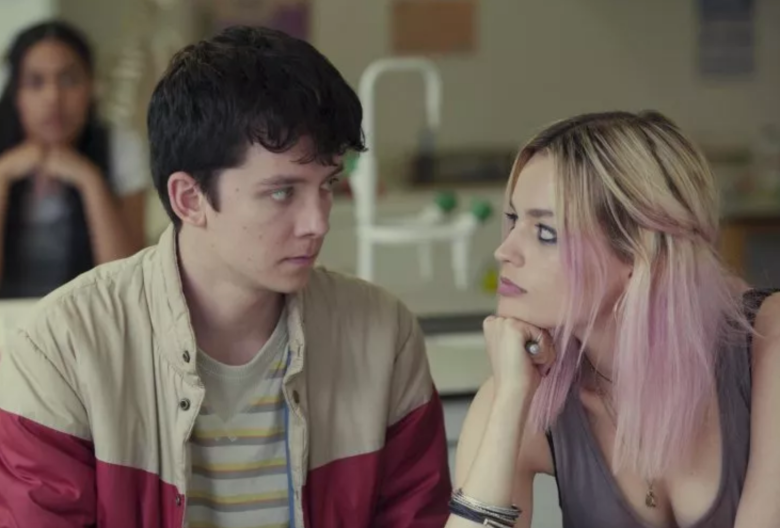 When it premiered on Netflix in 2018, “Sex Education” immediately resonated with audiences for its clever comedy, sex positive message, heart-wrenching romance, and exceedingly likable and relatable characters. While the show’s second season expanded the ensemble to ever more colorful characters, the heart and soul of “Sex Education” will always be fumblingly sweet, sometimes self-involved, but generally kindhearted Otis Milburn. Played to charismatic teenage boy perfection by Asa Butterfield, Otis is the epitome of boy next door charm coursing with a gentle current of hormonal teenage angst. There’s no question why both Maeve (Emma Mackey) and Ola (Patricia Allison) are in love with him, and why he has the coolest best friend in town (Ncuti Gatwa’s Eric) — Otis is, to put it plainly, a total peach.

Ot should come as no surprise, then, that Butterfield is also quite peachy. The 23-year-old British actor first broke out in 2008’s “The Boy in the Striped Pajamas” before landing an impressive string of lead roles in studio hits like “Nanny McPhee Returns,” “Hugo,” and “Ender’s Game.” With its provocative subject matter and hordes of fans from all walks of life, “Sex Education” has put him on the map in a different way.

As it turns out, the role hit closer to home than many might realize. “Weirdly enough my mom is a psychologist, so there were a lot of similarities in their relationship,” Butterfield said during a recent video interview. “Less so the probing questions and more the openness of conversation and the willingness to talk and being able to be honest with each other, which I think is something a lot of mother and son relationships could do with more of.”

When it came time to take on the actual therapy scenes, naturally he turned to his mother for research. He came away with a greater appreciation for her work. “I remember talking with my Mum about the role of the therapist at the beginning of the show and trying to figure out what sort of questions a therapist might ask and how much of yourself do you put into it, or do you just listen and respond without an agenda or an opinion,” he said. “Otis eventually becomes a good therapist, but in the beginning he isn’t that good. So he’s also making mistakes that people just learning might also make.”

As for his mother, Butterfield said she also got something out of the show: “She tells people that Gillian Anderson’s playing her, that’s her gag.”

For more from Butterfield, including what he thinks of working with “Aunt Gilly” Anderson, check out the video above.