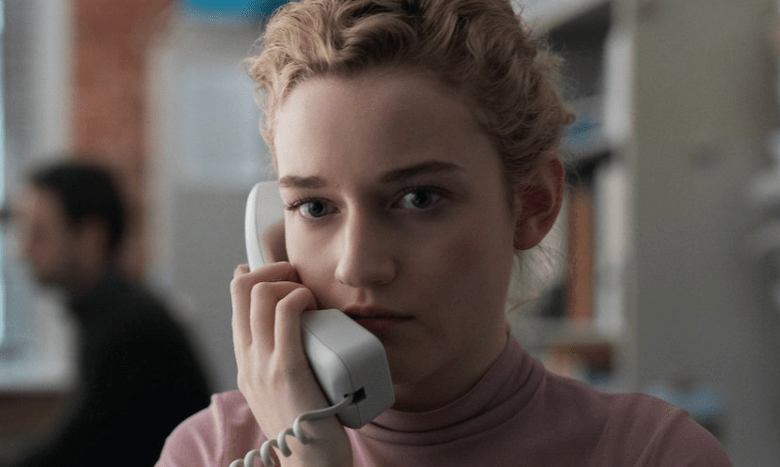 Ever since Kitty Green’s “The Assistant” debuted to rave reviews at the 2019 Telluride Film Festival, the intimate #MeToo drama has been referred to as “the Harvey Weinstein movie.” The film stars Emmy winner Julia Garner as a young woman working as an assistant to a powerful and abusive film executive, who many believe is modeled after Weinstein. Green says that’s not exactly true. During a visit to IndieWire’s Sundance Studio, presented by Dropbox, the filmmaker was adamant Weinstein was not the driving force behind her film. As Green puts it, “If the problem is Harvey Weinstein, it would have been fixed. The issue is much larger than Harvey Weinstein.”

Instead of paying attention to the male predator, Green uses “The Assistant” to give the #MeToo narrative back to women and the female perspective. The film is told from Green’s character’s perspective and the abuser, the so-called Weinstein figure many viewers have identified, is never seen in the flesh. The decision not to show the male predator makes “The Assistant” a much different kind of #MeToo movie than “Bombshell,” the Oscar-nominated Fox News drama that casts John Lithgow as Roger Ailes and depicts scenes of Ailes’ sexual abuse. Green wasn’t interested in the male predator narrative.

“I was very conscious of when I was reading the press surrounding the #MeToo movement that it was focused on the men, the predators, and not on the issue of how we can get more women into the film industry and how to make workplaces more safe and equitable,” Green tells IndieWire. “That became my focus. We knew what’s going on behind that door, that’s been reported, but what we don’t know is the machinery that’s going on outside that door and the culture surrounding silence, the toxic work environment. In scripting it, it was about showing all these little moments that strip a woman of her self-confidence, that could leave a woman unsure of herself and without a path upwards or forward.”

“The Assistant” is now playing in select theaters from Bleecker Street. Watch IndieWire’s full video interview with Green and Julia Garner in the video above.

This Article is related to: Film and tagged Julia Garner, Kitty Green, Sundance, The Assistant