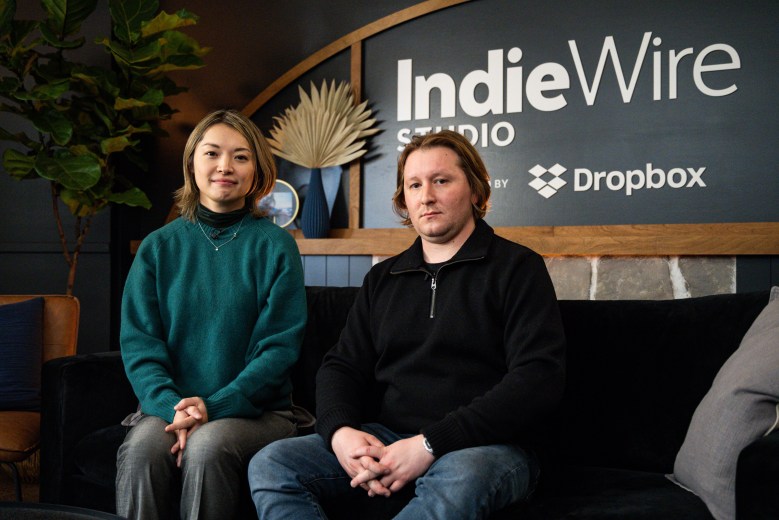 In 1995, a deadly sarin gas attack was carried out on three Toyko subway lines, killing 13 people and injuring dozens of others. The attack, which was the work of a Japanese doomsday cult known as Aum Shinrikyo, took place just weeks before the Oklahoma City Bombing. The close proximity between the two events inevitably led to the Tokyo attack receiving less coverage by the American press, but a new documentary “Aum: The Cult at the End of the World” offers Sundance audiences a fascinating look at the cult leader that ordered it.

The film’s co-directors Ben Braun and Chiaki Yanagimoto stopped by the IndieWire Studio at Sundance, presented by Dropbox, to explain why they felt compelled to tell the story of Aum at this point in history. Yanagimoto explained that she was very aware of Aum during her childhood in Japan, but she felt like many of the actual details about the terrorist organization were unknown around the world.

“I remember as a kid when it happened, all the parents were telling the kids to be careful with these people roaming the mountains in white robes. That’s a vivid memory,” Yanagimoto said. “But the incident happened and, especially outside Japan, people kind of know about it, but they have no idea who was behind it and why it happened or how it happened. So I think that part of the story, we were strongly drawn to.”

While shedding light on the details of an unsettling historical event was an undeniably valuable task, Braum and Yanagimoto say they were also motivated by parallels between the events that enabled Aum’s rise and the current American media landscape. From QAnon to January 6th, it’s easy to view media coverage of fringe political groups in the United States as similar to the Japanese media’s coverage of Aum: treating radical actors as an amusing sideshow until it was too late.

“The trends of the past couple years informed a lot of what the film became. When we started off, we were looking at archives and thinking ‘what is the story?’” Braum said “We had seen some of this footage of them appearing on the news very regularly, on talk shows, and it seemed like a fascinating juxtaposition. Because we knew what they really did — so why were they always on TV? Especially as the pandemic began and politics became more radicalized here, I think we started feeling like this is what’s relevant about the story now. You can look at it as almost a metaphor for our current day world.”

“Aum: The Cult at the End of the World” premiered at the 2023 Sundance Film Festival. It is currently seeking U.S. distribution.

This Article is related to: Film and tagged Aum: The Cult at the End of the World, Sundance, Sundance Studio 2023