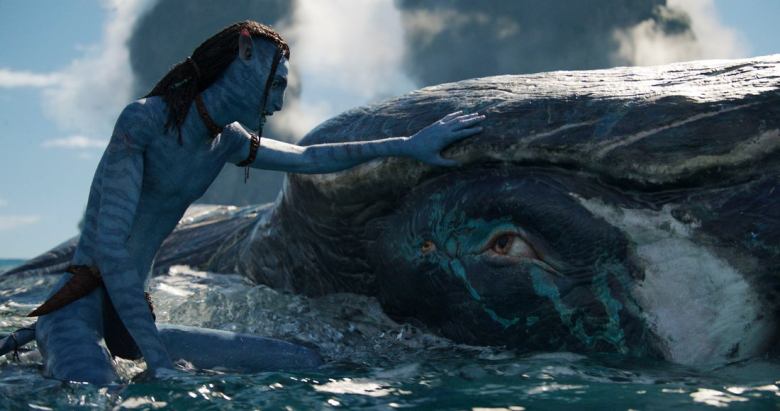 In 2009, “Avatar” surprised the press and industry with a visually dazzling spectacle that redefined the potential of the modern blockbuster. Well, it took 13 years, but director James Cameron has done it again: “Avatar: The Way of Water” continues the saga of Pandora with the same caliber of motion-capture prowess Cameron demonstrated in the previous movie — this time, with more water!

In a year of blockbusters with Oscar potential, this long-awaited sequel just shot to the front of the pack. Commercial success is just around the corner, and Oscar hype will keep growing alongside it.

In this week’s episode of Screen Talk, Eric Kohn and Anne Thompson discuss the merits of the movie — avoiding spoilers as much as possible — as well as why it could repeat the same number of nominations as its predecessor, and how it stands up to the competition.

They also share some thoughts on the recently-announced Sundance Film Festival lineup, a few of the major titles already generating buzz, and the ramifications of the festival’s decision to combine in-person screenings with virtual ones for people around the country. Stay tuned for next week’s episode, featuring a debate about the best movies of the year.

Watch the full episode or listen to it below.


Screen Talk is produced by Azwan Badruzaman and available on Apple Podcasts, Stitcher, and Spotify, and hosted by Megaphone. Browse previous installments here, subscribe here, and be sure to let us know if you’d like to hear the hosts address specific issues in upcoming editions of Screen Talk.

This Article is related to: Awards and tagged Avatar: The Way of Water, James Cameron, Podcasts, Screen Talk