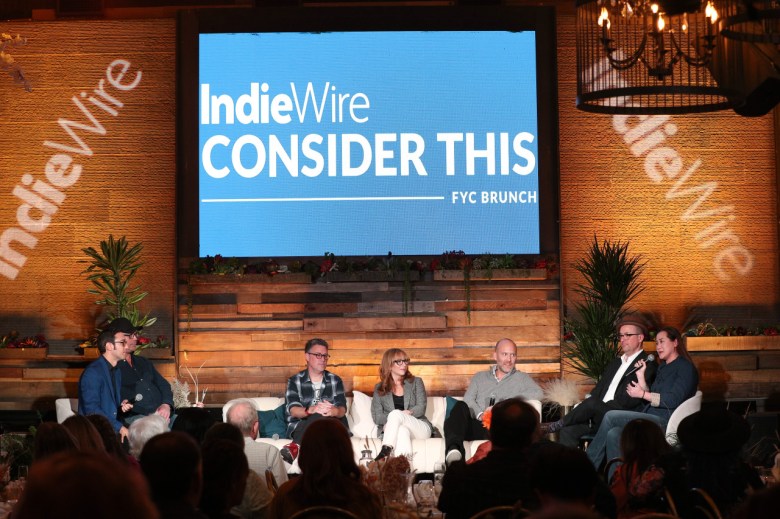 Bringing an end to a Marvel Cinematic Universe story that has unfolded across 22 movies dating back to 2008’s “Iron Man” proved a daunting challenge for the “Avengers: Endgame” below-the-line team. How do you pay tribute to your dedicated fans — who’ve come out over the years to the tune of nearly $23 billion — while also sending them out on a high note with something new?

Coming off the major cliffhanger of “Avengers: Infinity War,” “I think it was just us, Chris and Stephen and Joe and Anthony [Russo] and Kevin [Feige] and I just being in the room, really hashing out the stories and making sure that we tell it to the best ability,” Trinh Tran said.

“In terms of fan reaction, we shot them both at the same time,” said Christopher Markus of making “Infinity War” and “Endgame” simultaneously. “We were done with ‘Endgame,’ essentially, by the time people were reacting to ‘Infinity War,’ so there was no going back… Luckily [fans] took that final snap very hard. It was an emotional blow. They were crying, and we were banking on that because we knew we were going to take a good hour to soak in the loss and grief of that event to justify that event and make it real.”

Regarding “Endgame,” Stephen McFeely said, “That idea of killing your villain 15 minutes into the movie came out of banging our heads against the wall for weeks and weeks,” referring to the death of Thanos at the film’s beginning. “Trinh Tran said at some point, ‘I just wish we could freaking kill him’…and it opened up a whole world of possibility…which was [to] treat the loss seriously, wrap the loss in Saran Wrap, and then jump five years.”

But one treat the team set up for fans was the onscreen MCU powwow that takes in “Avengers: Endgame,” as orchestrated with the help of casting director Sarah Finn. “As the Marvel world went on…we really didn’t know at that time they were going to meet up. It was mind-boggling for me to think about all of them inhabiting one screen, and it’s historic,” she said. “After ‘Avengers’ came out, we started thinking that we could do this. When we were casting characters going forward — for example, Letitia Wright in ‘Black Panther,’ we were thinking maybe she will have to interact with Tony Stark in the future, and we started having an eye with every actor that was coming in toward where they may go.”

“As an editor, I can help fix problems that occur when the film’s getting made…and I think everybody on this stage can screw up massively, except one person, and that’s her, and she never did,” Jeffrey Ford said, pointing to Sarah Finn. “That’s one of the reasons why we were able to do our jobs. The casting in these movies is the secret weapon because the characters are so well-matched to those actors that, for me, it’s an embarrassment of riches. And it’s a joy to cut.”

Swen Gillberg echoed the power of the actors in “Avengers: Endgame” as carrying the movie’s many visual-effects-heavy set pieces. “Our biggest challenge and biggest success was making those characters believable as CG characters, and those are really due to the actors,” Gillberg said. “People say that CG is going to take away actors. We’re just, we’re just adding actors, because we really need those characters to drive the CG versions.”