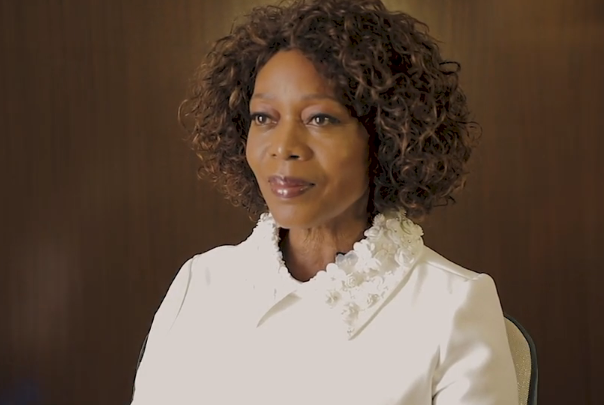 Alfre Woodard asked one question when she first saw the script for Chinonye Chukwu’s death-row drama “Clemency.” “Why didn’t I know about this?,” she said in our Awards Spotlight video, above. “I was always on the other side, storming the ramparts, fighting for change, for justice, signing the petition.” Throughout all the pro and con death penalty conversations, “I never thought about this side of the equation.”

Nigerian import Chukwu was drawn to writing as both escape and expression as a shy, often depressed teenager in cold, snowy Alaska. After making four shorts and one feature, she was fascinated by the story of death-row inmate Troy Davis, who was executed in 2011. She approached her narrative from a different angle. The story wasn’t about proving the prisoner’s innocence — that was irrelevant — but about finding his humanity and exploring how these prison killing rituals take their toll on everyone involved.

“I was inspired by the question of what it must it be like for your livelihood to be tied to the taking of human life,” Chukwu said. She moved to Ohio and created a job teaching film as she learned all she could about the death row prison system. Three and a half years later, she got the greenlight to direct “Clemency.” The title has a literal meaning and a symbolic meaning: “There’s a legal connotation, and Bernadine is seeking a level of clemency and release and freedom as well.”

When producer Bronwyn Cornelius approached Woodard, she said “yes,” and researched prisons and women wardens during the two years it took to finalize financing. “After going on a prison tour in Ohio, I found out what you needed to know to bring this story forth from Bernadine’s perspective,” she said. “I met women wardens, they come to it from mental health, social services, or public health administration. I found out how balanced and strong they are. You understand someone’s point of view, even if you disagree with them fundamentally. My job as the warden is to walk that person through the process with as much dignity as possible. Somebody’s got to do the job, if you don’t change the laws.”

During 17 days of bare-bones filming, Chukwu and Woodard realized that a long hold on Bernadine’s face in the middle of the film would work better at the end. [SPOILER ALERT] During the key scene when the warden watches prisoner Anthony Woods (Aldis Hodge) as he’s being executed by lethal injection, Chukwu told the cameraman to hold a close-up on her face. The single take lasted four minutes. It’s an astonishing feat of acting.

“She wants to see Anthony all the way through,” said Woodard, “stay with him. She has taken this whole journey with him, so she watches the protocol — ‘I’m going to take you through this with dignity, no botched executions’ — you watch her watching him leave. You just have to keep focused and keep breathing.”

When Chukwu unveiled “Clemency” at Sundance, the film took home rave reviews and the Drama Grand Jury Prize, and sold to distributor Neon. And finally, Woodard could score her second Oscar nomination after “Cross Creek” in 1983.

This Article is related to: Film and tagged Alfre Woodard, Clemency, Oscars