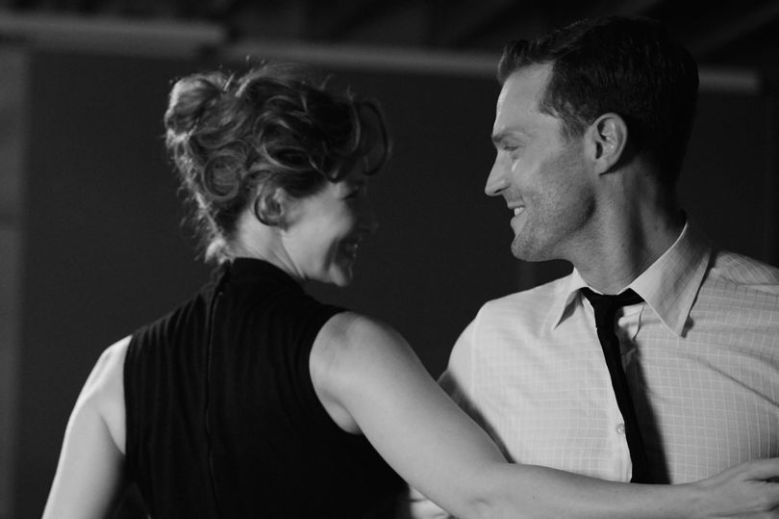 Sir Kenneth Branagh has been waiting to tell the story behind “Belfast” (Focus Features) for 50 years. The sound of the city he lived in until he was nine years old rattled around in his head. It took the global pandemic to finally give the multi-hyphenate, who was about to turn 60, a reason to steer away from mainstream Hollywood acting and directing, from TV series “Wallander” and Marvel’s “Thor” movies to the Agatha Christie Hercule Poirot vehicles “Murder on the Orient Express” and “Death on the Nile.” Instead, at the beginning of lockdown and feeling that time was precious, Branagh put on the front burner a long-simmering personal story. Every morning, in a garden shed at his country home outside London, he started writing at 9 am sharp.

Breaking out as a fall festival crowd-pleaser, “Belfast” brings the writer-director, who stayed behind the camera, back into the Oscar race. After its Telluride debut, “Belfast” picked up the audience award at the Toronto International Film Festival, often a harbinger of a Best Picture contender. Branagh is overdue after five Oscar nominations — for directing and acting in “Henry V,”  acting in “My Week with Marilyn,” adapting “Hamlet,” and directing the short “Swan Song.”

In the movie, nine-year-old Buddy (Jude Hill) lives on a street that is under attack from Protestants trying to push out Catholics who are their neighbors — his family is Protestant and doesn’t share the hateful attitude of the anti-Catholic militants. His cinephile mom (Caitriona Balfe) loves the embracing community, including many Catholics, they’ve known their entire lives. But as the Troubles escalate, his father, (Jamie Dornan) who works in England, is moved to transport his family far away from Belfast. As he was writing, a process Branagh finds “satisfying, distressing, depressing, exhilarating, infuriating, and obsessive,” he told me in our video interview (above), “there was a sense that there was some volition being unleashed.” Branagh was less influenced by Alfonso Cuaron’s “Roma,” which he avoided watching because “I knew I was headed toward a childhood story,” than such moving classics as “The 400 Blows” and “Au Revoir les Enfants.”

And Branagh looked for ways to make the film accessible. “I wasn’t going to do it unless it I could look outwards,” he said. “It was not about me gazing into my navel. I’d begun to be more sympathetic and compassionate toward that nine-year-old boy, I also wanted to understand better what my parents had been going through, consider that big change as families make decisions about things that are important that affects the rest of their lives. Were there elements that people could recognize? I began to think that there were.”

The movie’s drama is encapsulated in the scene on a bus when the mother begs her husband to let them stay. “Everybody knows the kids,” she tells him. “Someone will yell from three streets away if something’s wrong. It takes a village to raise a child.” She was right, as Branagh recalls what it was like to have his world turned upside down, overnight. In England they talked funny, became isolated inside a more insular unit. “Even then, we knew intuitively that they had sacrificed for us, my mother particularly. It was catastrophic. But it had to be done. And at the same time recognizing the forging of your character.”

When he finished the script, Branagh got the go-ahead from his siblings, “without whom we can’t make the film,” and started to recreate the Belfast street he grew up on a London suburban parking lot. Branagh brought together Irishmen Dornan and Belfast native Ciaran Hinds as his father and grandfather, respectively, and Irish actress Balfe as his mother, as well as regular muse Judi Dench as his grandmother.

And Branagh and his director of photography on seven films, Haris Zambarloukos, opted to shoot in black and white, which brings “a greater degree of truth,” said Branagh. “Emotional truth was what we were after. I was not going to remember accurately.” Branagh placed his camera to capture the point of view of Buddy. The camera peeks through as he hides behind a bannister rail, or sees through hazy heat, or window frames. “We’re looking through the eyes of a nine-year-old. It would have some kind of heightened quality like the classic films with classic compositions, portraiture, very glamorous presentation of females particularly, I think of the incredible glamour of Barbara Stanwyck. Black and white, for its capacity to be lucid and forensically clear, has some quality of the make-believe, the fairy tale.”

During lockdown, Branagh communicated virtually with Dublin editor Úna Ní Dhonghaíle, obsessively poring over the footage in his home editing suite in a way he had never done before. “I spent a lot of time with archive news footage of the time, trawling to find perfect bits for us,” he said. “I had the whole entire project in the Avid, and was able to be more precise about in particular young Jude’s performance. Forensic burrowing was super-helpful, I’m always trying to capture thinking. His performance is about how he acts and contemplates and reflects. I got my hands around the film in a different way.”

And the director went to Belfast native Van Morrison to provide the movie’s wall-to-wall soundtrack, including eight of his hit songs. “Van Morrison was something of an urban hero for us,” said Branagh. “He is always ear-catching; you couldn’t quite work out where he was from. A boy from Belfast shouldn’t have that soulful sound. He was influenced by American music, and his music has a connection to the street, it’s the music of a corner boy. He has soul. He has a voice that’s like a complete orchestra. Some of his most famous songs felt like they were written for the movie.” Only one was: “Down to Joy,” which opens the movie.

At Telluride, Branagh was unprepared for his own reaction to seeing his black-and-white film on the big screen. “Once you start putting it together and start showing it to people,” he said, “that’s where the tidal wave of emotions hit. I have felt unmanned at various times talking about the film, understanding what some people found in it. The first night in Telluride one woman tapped my shoulder in the dark, some of her tears hit my face as she was trying to speak. She got out, ‘I’m a grandmother,’ then walked off. That was all she had to say.”

And his cast was also moved; Dornan had just lost his father as he watched for the first time a film about a man who loses his father. And Balfe had just given birth to her first child. “What I hadn’t re-experienced or revisited was the feeling that it had produced and that had stayed with me,” said Branagh, “the feeling of a rupture from a period of being settled and secure in perhaps imperfect but significant happiness into a minute in your life when you start hiding.”