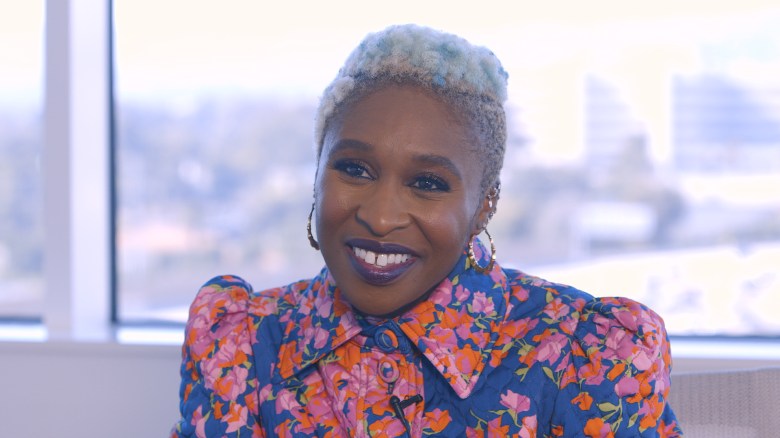 Cynthia Erivo, a diminutive RADA-trained actress with a towering voice, has already taken home a Tony, an Emmy, and a Grammy for performing “The Color Purple.” She now could have an Oscar in her sights for her lauded role as freedom fighter Harriet Tubman, as well as for co-writing and singing “Stand Up,” the emotional original song for Focus Features’ “Harriet,” which has already scored $32.8 million at the fall box office. (EGOT, anyone?)

Casting directors have long considered Broadway’s Erivo as a rising star: she stole Steve McQueen’s “Widows” as an athletic member of a female gang, and popped out of Drew Goddard’s “Bad Times at the El Royale” ensemble — partly because she did get to sing.

But Kasi Lemmon’s mythic biopic of slave-turned-Underground-Railroad-“conductor” Harriet Tubman gives Erivo the breakout leading role that showcases her full potential. She’s small, fierce, and physically strong, like Tubman — running for days to freedom, then fearlessly returning to her Maryland plantation to try to rescue her husband and family, somehow preternaturally sensing whenever danger was near. She believed that God was showing her the way, and over a decade and 19 trips to the South, rescued over 300 slaves.

The question is why Hollywood didn’t make a movie around this extraordinary American hero much sooner. (Studio suits were uncomfortable about a movie centered on an African-American woman.) We watch this illiterate young adult grow into a powerful figure in the abolitionist movement, a respected woman among men. “This story can only be told with the care and the love that was necessary in the hands of a woman and a woman of color,” Erivo told IndieWire. “In [Lemmon’s ] hands, you know that you’re safe.”

“Like Harriet, who was tiny, muscular, fast, strong, fierce, and West African, Cynthia is also a tremendous force of nature,” Lemmons told IndieWire’s Tambay Obenson. “Together, we really tried to invoke Harriet, with Cynthia preparing herself in every way you could possibly be prepared to play the role — physically, intellectually, spiritually, and emotionally. So by the time she showed up on set for the first day of filming, as soon as she put on the costume and we did the first take, it was like, ‘oh my God, there she is. There’s Harriet.’”

Erivo not only relished playing Tubman as physically strong, but as a fully realized human. “I wanted to show that this woman was real. She had love, lost love,” she said. “It was her way, or no way.”

See the full video interview above.

This Article is related to: Uncategorized and tagged Cynthia Erivo, Harriet, Oscars, Video