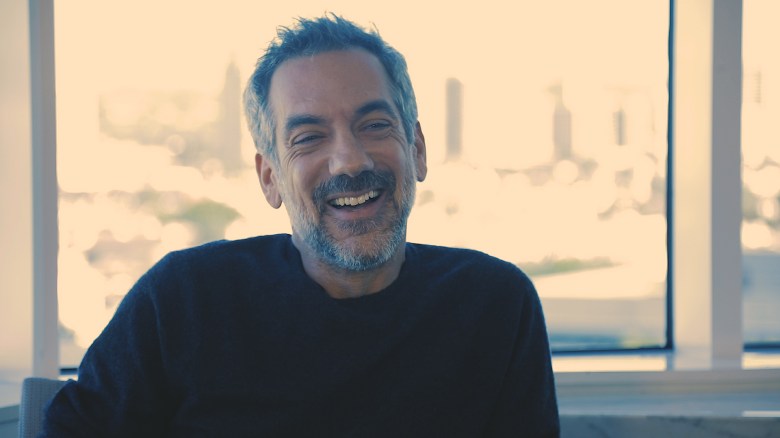 Writer-director Todd Phillips is not someone accustomed to being in the public eye, except for the brief time when he’s promoting a movie. He’s been making smash comedies like “The Hangover” at Warner Bros. for some 15 years. After the long ramp-up for his tenth film, “Joker,” when he convinced two successive Warner Bros. management teams to greenlight a $60-million deep-dive character study of a DC villain, he had no clue that bringing “Joker” out into the world would be so rough. It all started when “Joker” entered the competition at the Venice Film Festival and won the Golden Lion.

At which point “you have a target on your back,” Phillips told me in our video interview, above, in which the director sets the record straight on several things that were misconstrued during the “Joker” media blitz — ahead of its torrid $1 billion global box office, from his feelings about making comedy today to star Joaquin Phoenix’s unconventional approach to publicity, including that controversial Jimmy Kimmel clip.

When Phillips and screenwriter Scott Silver (“The Fighter”) set out to use the motor of the comic-book films to explore the “lack of empathy in the world,” they had no idea that the film would be so divisive, or accused of inciting violence. Phillips found the experience of being attacked and quoted by the media “brutal,” he said. “There was a lot of pearl-clutching that goes on.”

What he’s proud of, is that with his biggest budget to date, Phillips and his creative collaborators — production designer Mark Friedberg, costume designer Mark Bridges, and cinematographer Lawrence Sher — elegantly evoked ’80s New York in DC-universe Gotham, inspired by period movies, from “Network” to “Taxi Driver.”

Travis Bickle and Martin Scorsese references are all over “Joker.” Scorsese was going to produce it at one point; his producer Emma Tillinger Koskoff continued at the helm when he became overloaded by “The Irishman.” And Robert De Niro plays a talk show host in “Joker” close to Jerry Lewis’ role in “The King of Comedy.”

Phillips’ comedy background helped him to improvise with Joaquin Phoenix (who’s poised for his fourth Oscar nomination) to create the chaos at the center of the movie. “Making films is jazz, it is not math,” Phillips said. “A movie is a living, breathing organism.”

And Phillips asked Icelandic composer Hildur Guðnadóttir to compose some music off the script, which became not only another character in the film but a huge influence on the production and, especially, Phoenix’s performance as troubled Arthur Fleck. Phoenix had no idea what to make of “Joker” when he first read it. But the more he went over it with Phillips, and shared the possibilities of what he might do with Fleck — an undernourished, beaten-down, sad-sack smoking clown with a sick mom, a rich fantasy life, and a dangerous desire for attention — the more he realized he had to face his fear.

The actor pushed and tested Phillips, as he does with all his directors. Phoenix brought up the idea of dancing in the pivotal public bathroom scene following the Joker’s first kills on the subway, when shooting three bullies makes him feel better. Shot on the seventh day of production, Phillips played Phoenix the first piece of music sent from Guðnadóttir. Phoenix was immediately affected by it as Sher started filming with two hand-held cameras. The actor did a menacing dance through a couple of takes.

After that Phoenix worked telepathically with Phillips, and it added layers to the script, as the director and actor played around with what was fantasy and reality — a theme that has haunted the film ever since.

What’s next for Phillips: “I am closed for repairs.”